Dwight Howard: ‘This is Basketball, It’s Not UFC’ (VIDEO) 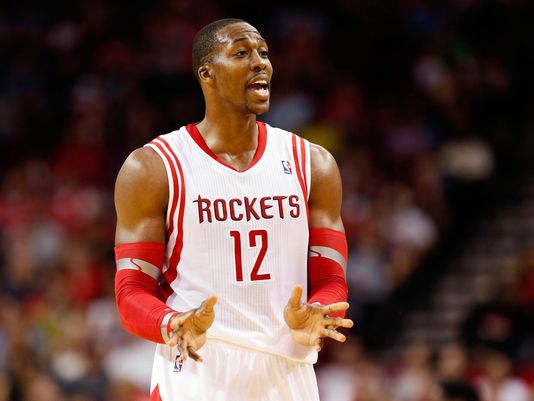 Rockets big man Dwight Howard has been ejected from two straight games—consecutive Ls to the Thunder and Wizards. Both times, Howard picked up two technical fouls. And in his mind, the refs just aren’t doing a good enough job officiating when it comes to the way he’s being played, so physically.

On Saturday it was this:

Seen't this coming: Nene vs Dwight Howard. Love it. https://t.co/UX4d4dS15y

After the loss to Washington, in which Howard was tossed in the fourth quarter for the above, DH12 aired out some of his frustration. The best quote came in his first answer: “This is basketball, it’s not UFC,” he said. Watch Howard’s full post-game comments in the video up top.