Dwyane Wade Leads Miami Past the Knicks at MSG (VIDEO) 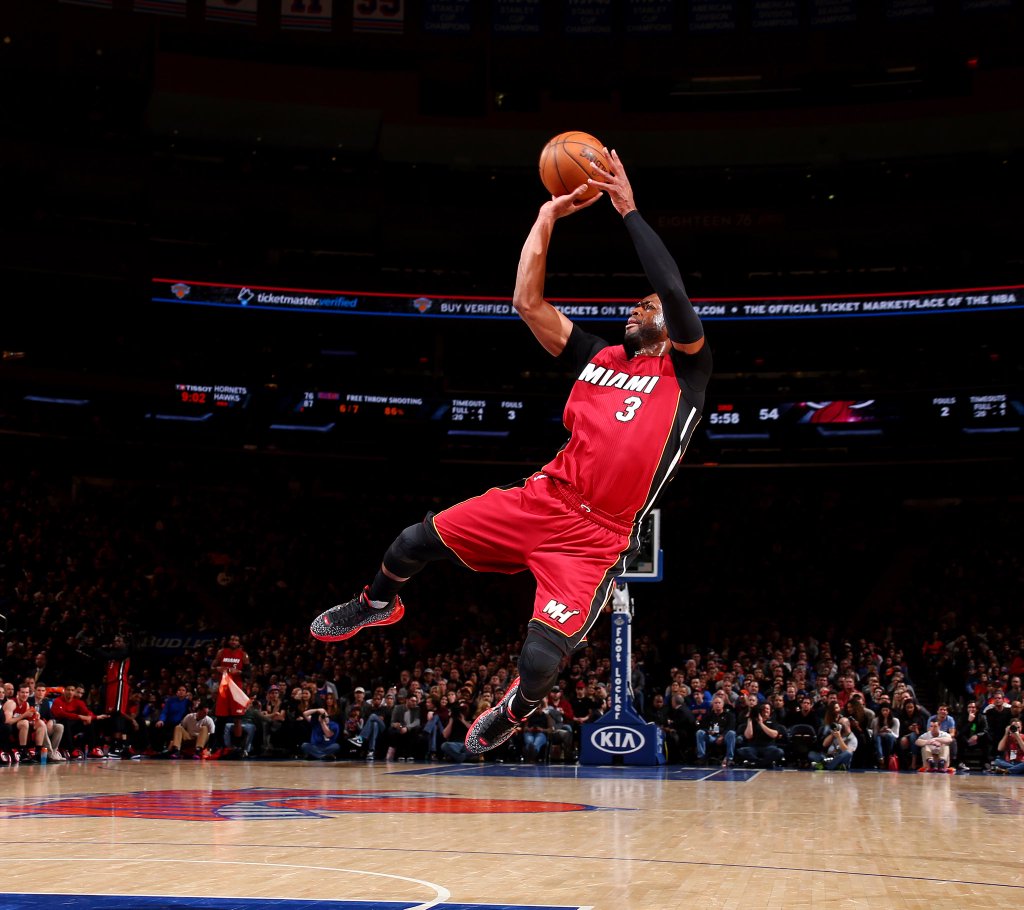 Dwyane Wade made sure that Joe Johnson earned a win in his Miami Heat debut Sunday night, leading the way with 26 points in a 98-81 road victory against the New York Knicks.

Carmelo Anthony poured in 25 points for the Knicks.

Johnson was in the starting lineup a day after signing with the Heat and contributed to their 13-2 burst to start the game, a lead they never relinquished. […] “You get a guy a caliber of, a player like him, you normally get that in the offseason,” Wade said. “So to be able to get it right now, as you’re going into a playoff run, is very important for this team, especially with everything that we’ve been dealing with.”

Hassan Whiteside added 16 points and 11 rebounds for the Heat, who matched a franchise record with their fifth straight victory in New York. Luol Deng scored 15 points and Johnson finished with 12.

Carmelo Anthony scored 25 points for the Knicks, who have lost 14 of 17. Robin Lopez had 14 points and 14 rebounds. […] “We just couldn’t get any sort of consistent rhythm because we couldn’t make the shots we normally make,” interim coach Kurt Rambis said. “It breaks your momentum, it breaks your confidence and guys couldn’t just get momentum, get the fans involved in the ballgame.”