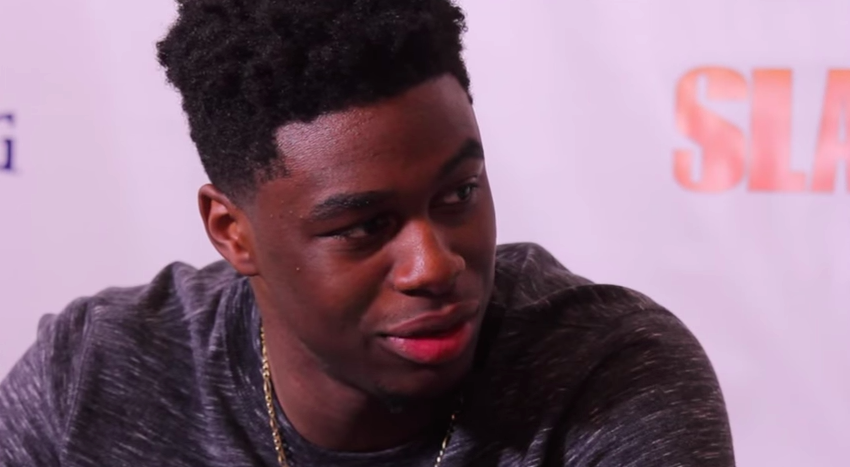 The SLAM x Foot Locker Draft Suite is back! Just days before the 2015 NBA Draft, we’ve invited all the top prospects in town to come through and chop it up, plus get some free swag from Stance and Spalding. Emmanuel Mudiay (star of these brand new Foot Locker ads) was among the first cats to drop by—watch as we talk to him about what he’s about to bring to the L, and his goals for his rookie year: “Winning.”

Then check out our “Rapid Fire” round with Mudiay below, in which he reveals his favorite current NBA player, the first NBA jersey he ever owned, his favorite emoji and more.