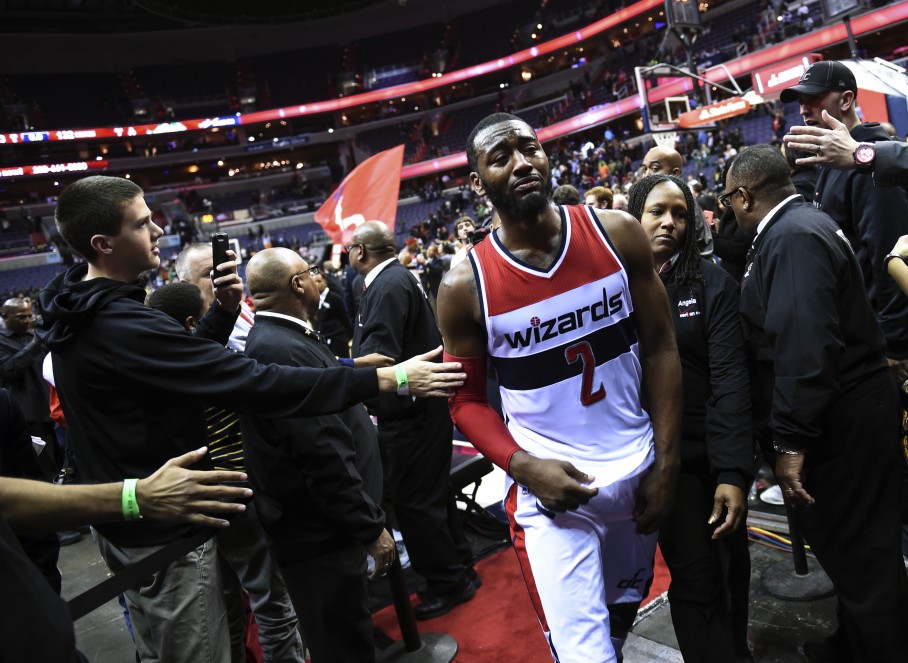 Wall played with grief in his heart, as he mourned the tragic death of his six-year old friend Damiyah Telemaque-Nelson, who recently lost her battle with cancer:

If you were blessed to meet and get to know Miyah you know how special of a little gir… http://t.co/FjGYmt9oZR pic.twitter.com/twA7IjMI4k

Wall said he got the news about Miyah’s passing around midday Monday. “Just knowing how hard she fought for it, and her last game she was supposed to be able to come to was the Lakers game [a week ago], but she got even more sick and couldn’t make it. So it was tough for me. I know it was tough for her family. … This game was really meant for her, so it would have been even tougher to lose it, and I think God has a plan, and I just went into a mode where I didn’t want to lose this game.”

Wall didn’t let the Wizards lose the game, finishing with 26 points — including 10 in the second overtime period — a career-high 17 assists and seven rebounds. But it was the loss he suffered on Monday that had him filled with emotion.