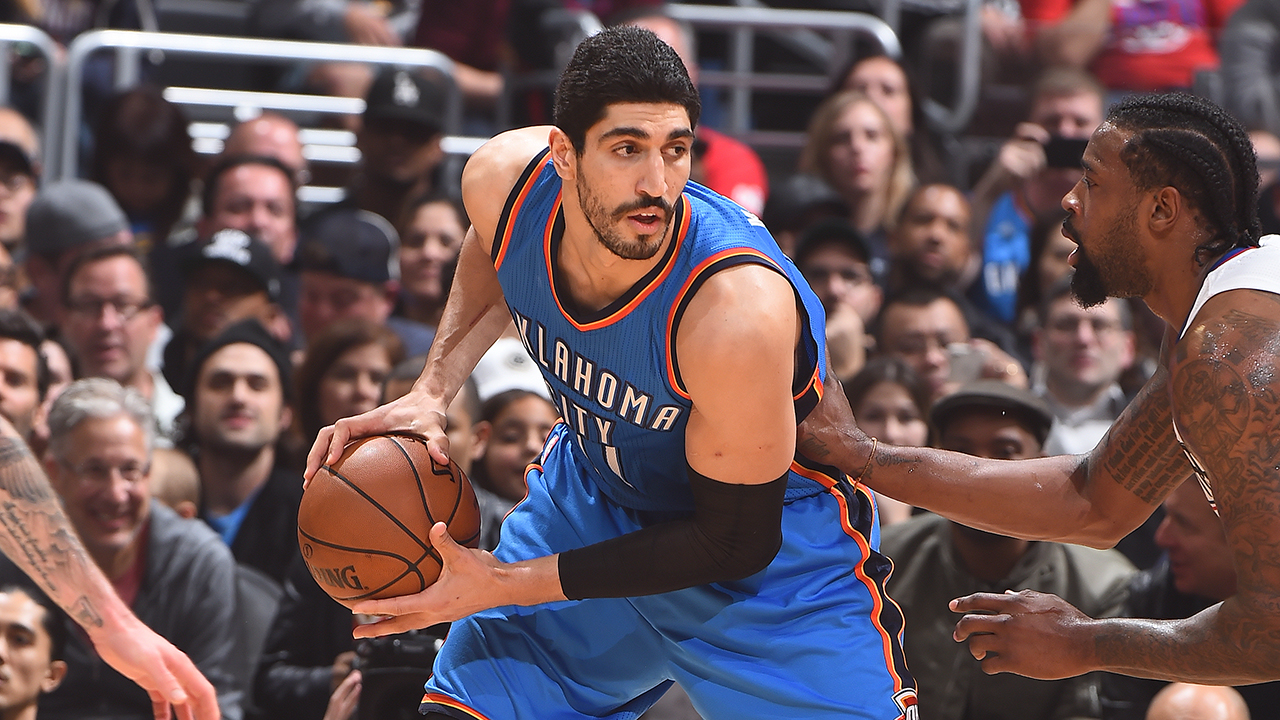 Enes Kanter was on a tour for his Light Foundation—doing charity events to provide meals and clothes—when the OKC big man was detained at an airport in Romania.

An outspoken critic of Turkish president Recep Tayyip Erdogan, Kanter was told that his passport had been “canceled.”

While being held in Romania, Kanter posted videos in English and Turkish in which he called Erdogan, “the Hitler of our century.”

I'm being held at Romanian airport by Police!! pic.twitter.com/uYZMBqKx54

“They said they canceled my passport by Turkish embassy.

“They’ve been holding us here for hours by these two police. You know, the reason behind it is just of course my political views.

Homeland Security and NBPA lawyers helped to get Kanter into London, from where he was able to fly to New York on Sunday morning.

Well!!
Hello
The most beautiful country in the world.
The United States Of America 🇺🇸 ❤️ pic.twitter.com/FBPurW17AT

Finally back in the US, Kanter told CBS Good Morning that he’s been getting death threats and has been disowned by his family for his political views.

“But you know what, I stand behind what I believe.”