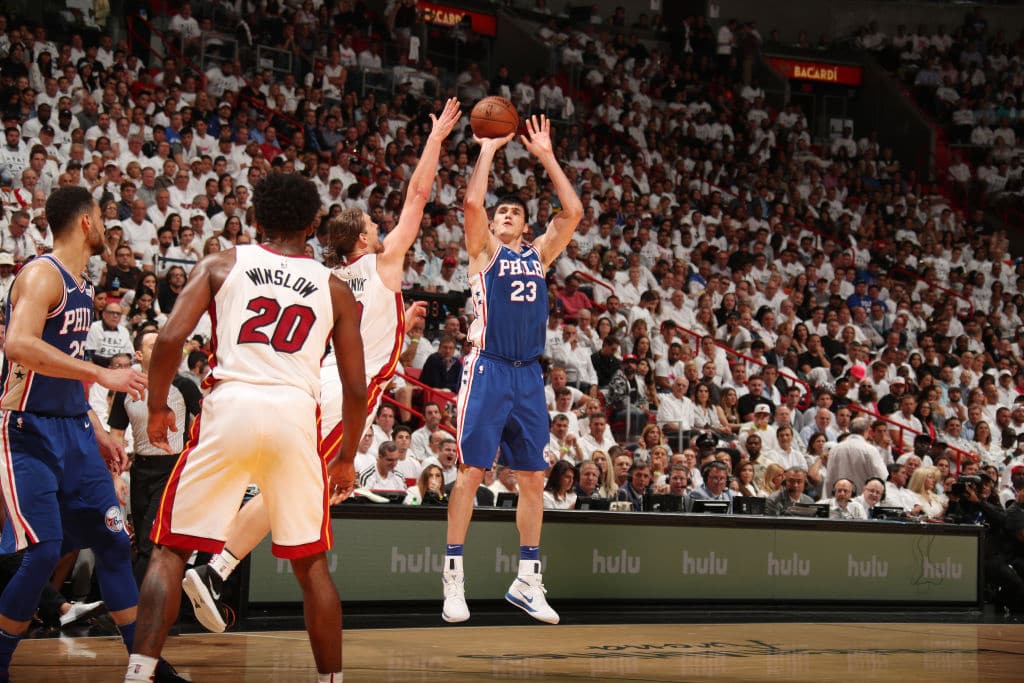 The Philadelphia Sixers had the luxury of playing in a “half empty” building against the Heat in Miami, something forward Ersan Ilyasova knows won’t be the case in their second round playoff series against the Boston Celtics.

#Sixers reserve Ersan Ilyasova was asked if the road games at #MiamiHeat would help prepare his team for playing at #TDGarden. Let’s just say he kept it real: pic.twitter.com/TT8kzfoVJF

Ilyasova added that Beantown has “really committed fans,” which the Sixers didn’t have to worry too much about in South Beach.

“I can’t wait,” [Brown] said. “You grew up watching Celtics-Sixers rivalries and saw incredible games when I was young.

“Even during my Boston University days, and to now be a part of that in the NBA playoffs in the semifinals and going back to Boston and the Boston Garden, absolutely, there is an element of nostalgia.”

As Ilyasova points out, it will be nothing like Game 3 and Game 4 in Miami during the Sixers’ opening-round series against the Heat. Philly won both of those games, prevailing 4-1 in the series.

“The way it was in Miami, the gym was half empty,” he said. “Those kind of things we don’t expect. But when you go to Boston, you will feel it, you know. You do in the regular season when you play there, the arena is full. They are really committed fans.”