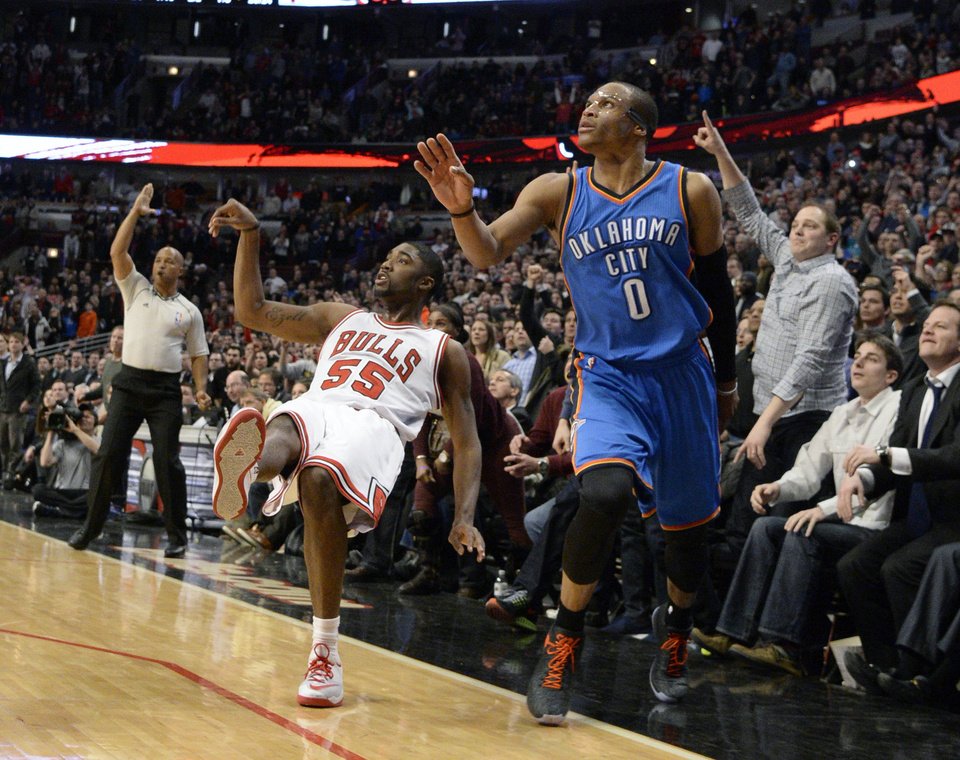 The Bulls overcame another monster performance from Russell Westbrook (43 points, 8 rebounds, 7 assists) for their second win in a row.

Moore finished with 19 points off the bench.

“There are several options on that play,” (Bulls head coach Tom) Thibodeau said. “Pau (Gasol) made a great read because the defense collapsed. A lot of guys would have shot that, but he had the presence of mind to find the open man.”

Said Gasol: “I saw E’Twaun wide open and I gave it to him. It was just the right basketball play. He had a great look and made a hell of a shot.”

It was not the first game-winning shot of Moore’s life, “but this was probably the best one,” he said. […] “We practice the play,” he added, “but the outcome is not always like that.”