Grizzlies Snuff Out the Blazers in Game 2 (VIDEO) 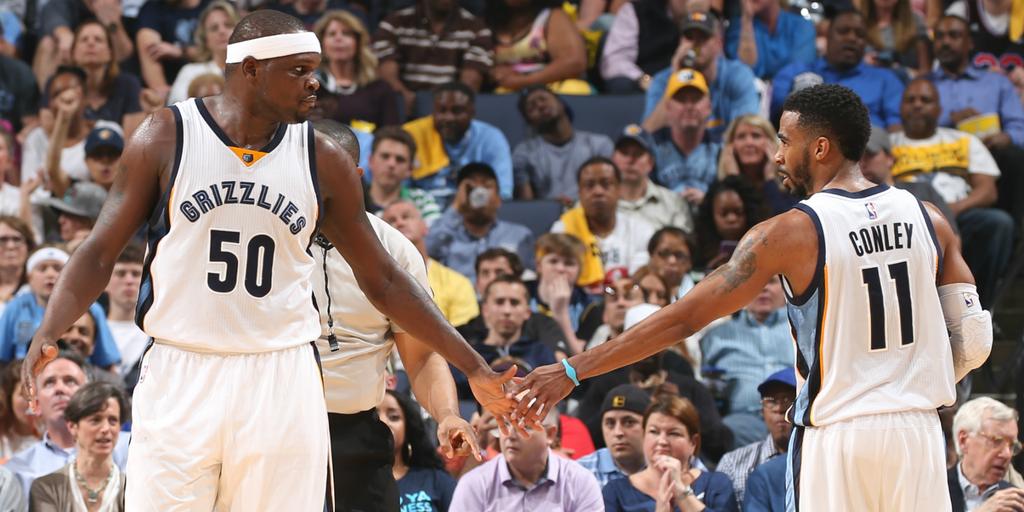 Relying on their stifling defense, the Memphis Grizzlies took a commanding 2-0 series lead Wednesday night against the Portland Trail Blzers.

The 97-82 Grizz victory looked a lot their Game 1 win, but with the series shifting to Portland for the next two tilts, Memphis knows that this is far from over.

LaMarcus Aldridge (7-of-20 from the field for 24 points) and Damian Lillard (5-of-16 for 18 points) must quickly regain their All-Star form in order for this battle not to turn into a cakewalk.

Game 2 was a continuation of the Grizzlies’ Game 1 effort. They looked more like the elite team that hovered near the top of the Western Conference most of the regular-season rather than the up-and-down squad from the past two months. […] “We’re being us, playing hard,” Griz forward Zach Randolph said. “When we play with that effort we give ourselves a chance to win every time.”

The Griz collectively harassed Portland into 39 percent shooting. And on a night when scoring from the post became a struggle, the Griz benefited from strong guard play with Mike Conley and Courtney Lee each scoring 18 points. […] Memphis’ defense, though, carried the night and befuddled Portland’s offense.

“We had guys flying all over the place and helping each other,” Joerger said. “The guys just rallied together. That’s how you know who you are. We’d do a fist pump now and then and jump on a made three but our bread is buttered on the defensive end of the floor.” […] “Things will turn around and work out,” Lillard said, emphasizing that he remains confident. “This is no great amount of adversity. I’ve been through worse things. I just want to be better for my team.”