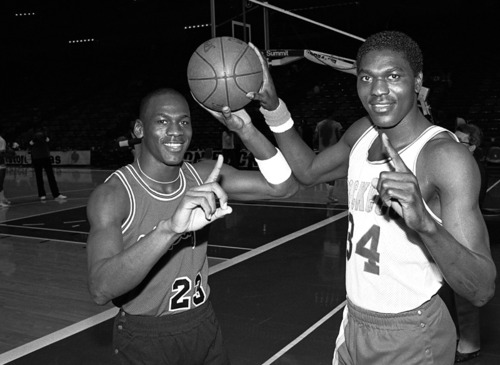 Having seen and worked with him up-close, Hakeem Olajuwon considers LeBron James one of the greatest players in NBA history.

And despite being a big LBJ fan, The Dream says he’s not in Michael Jordan’s class. Not even close.

Olajuwon knows that Jordan is far and away the G.O.A.T.

“When people start comparing him with Jordan then that’s not a fair comparison. Jordan was a far more superior player in a very tough league, he was very creative,” former Houston Rockets star Hakeem Olajuwon said.

“That’s not taking away anything from LeBron because he is a great player but it is not a fair comparison because Jordan is a far superior player.”