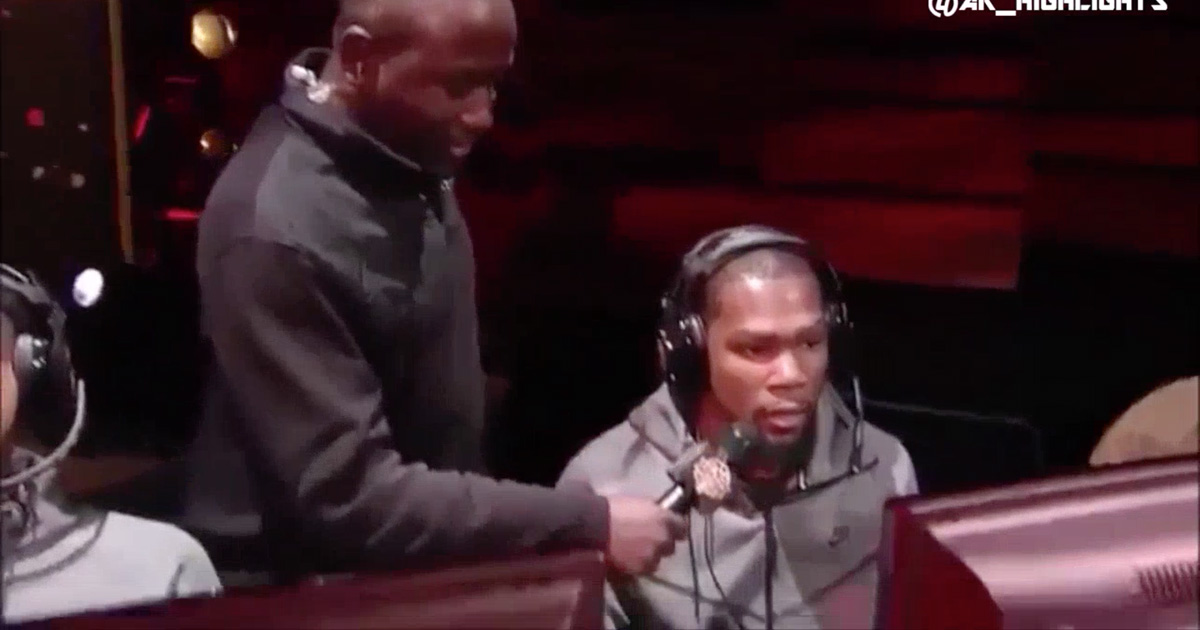 Kevin Durant was innocently playing 2K17 this weekend in New Orleans when comedian Hannibal Burress, serving as the event’s host, asked KD, “If you lose this game, will you join the other team next season?”

It’s hard to tell from Durant’s blank look afterward if he was mad or just focused on the game. But it’s safe to say he didn’t find the joke as funny as the rest of us did.