Hassan Whiteside Tussles With Alex Len: ‘I Just Kept Dunking on Him’ (VIDEO) 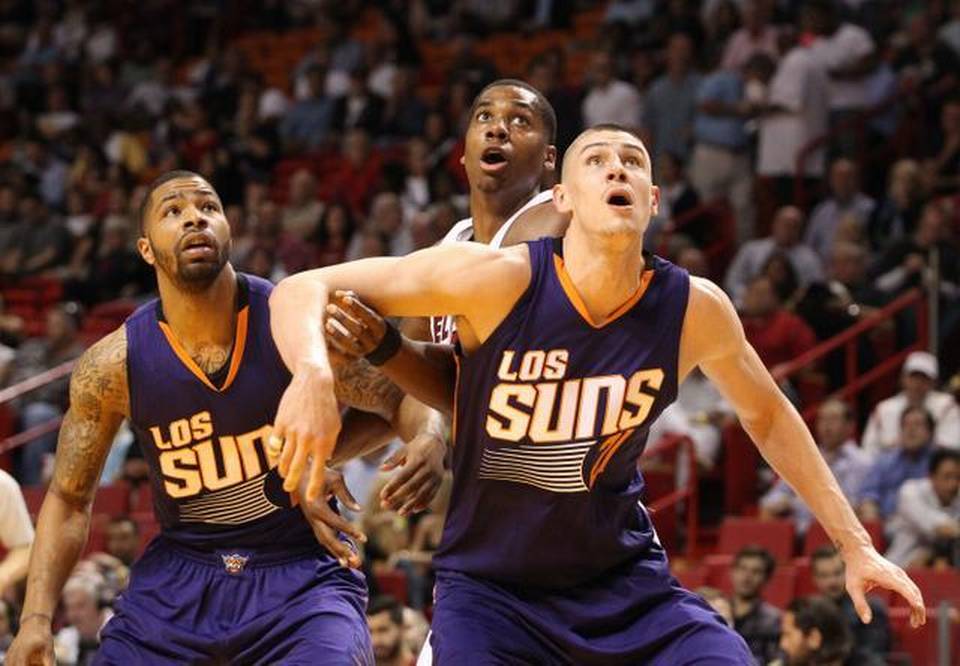 There were plenty of fireworks in Monday night’s Suns-Heat tilt in Miami.

Hassan Whiteside got into it with Alex Len in third quarter, as the two big men wrestled each other to the floor.

Miami turned away visiting Phoenix 115-98, and Whiteside (who, delightfully, has yet to develop a filter) gave a hilarious explanation for the brouhaha with Len.

Whiteside acknowledges he should've restrained himself but says Len was mad "because I just kept dunking on him."

Hassan Whiteside’s temper got the best of him tonight and resulted in an ejected for retaliating against Phoenix center Alex Len. The fallout might be even worse for Miami, which likely will hear from the NBA about potential additional punishment. […] Whiteside got tossed with 4:26 left in the third quarter of the Heat’s 115-98 victory after charging at Len and tackling him under the basket. Len provoked that by grabbing the back of Whiteside’s jersey and shoving him.

“It was about the fourth or fifth time I dunked on him and I feel like he was really frustrated,” Whiteside said. “I shouldn’t have came back an retaliated the way I did because it really hurt my team… but every day is a learning day for me. But that’s what it was– it was just because I just kept dunking on him.”

Is Whiteside expecting more of those tactics in the future? […] “I realize a lot more teams are being really physical with me and I’m down for it,” he said. “That’s what I lift weights for. I’m pretty prepared for that.”