Isaiah Thomas Gets His Revenge Against the Suns (VIDEO) 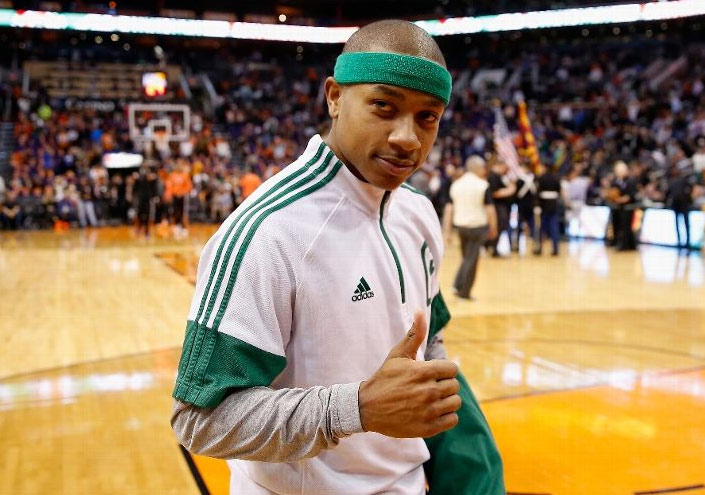 Four days after getting shipped out of town in a blockbuster trade, Isaiah Thomas got sweet revenge against the Phoenix Suns, as he led the visiting Boston Celtics to a 115-110 road win Monday night.

Thomas hit numerous clutch shots against his former team, and playfully stared down their bench each time.

The diminutive guard clearly enjoyed having a big game with the spotlight on him.

Thomas scored eight of his 21 points in the last 1:37 Monday night in the Boston Celtics’ 115-110 victory over the Phoenix Suns, delivering a critical four-point play, a steal and layup, and two free throws to defuse a rally.

“It felt good to beat the team that traded you away,” Thomas said. “I just love the big moment. I want to be the hero. There’s no hard feelings between me and the Phoenix Suns. My closest friends are on that team,” he added. “It’s just me going out there and doing what it takes to win. When I get on the court, I don’t have any friends.”

(Eric) Bledsoe had 21 points and 10 assists in the Suns’ eighth loss in the past nine games. Brandon Knight, acquired from Milwaukee in another Suns deal last Thursday, had 20 in his first start for his new team. […] “It’s not perfect, don’t expect it to be but it felt pretty good,” Knight said of his home debut.