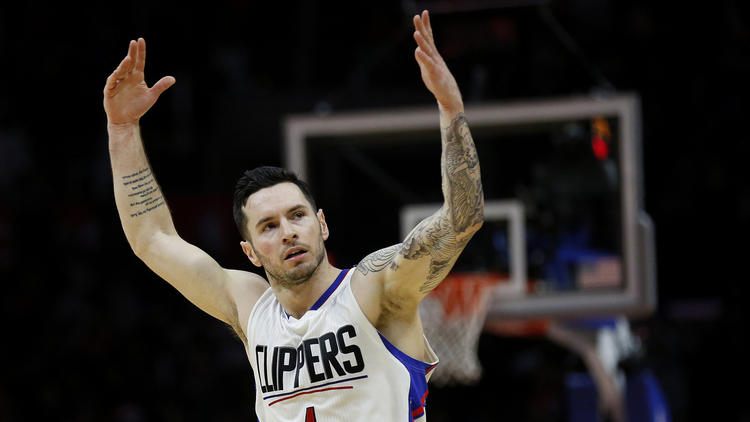 It was a career night for J.J. Redick on Monday, as he dropped in 40 points—including nine three-pointers—in the LA Clippers’ 140-132 overtime win against the visiting Houston Rockets.

Marcus Thorton forced the extra session with a clutch trey.

The Clips hit 22 threes (on 60 percent shooting from behind the arc) in the W.

Per the LA Times and OC Register:

Redick made almost everything, including a shot he missed that was tipped in, on the way to a career-high 40 points. He made 11 of 19 shots, including nine of 12 from three-point range, and all nine free throws to set his career high for three-pointers and tie Caron Butler’s franchise record. […] Redick’s final three-pointer early in the extra period helped the Clippers hold off the Rockets, who had wiped out a 14-point deficit in the final 4 minutes 17 seconds of the fourth quarter in shades of their epic comeback here in Game 6 of the Western Conference semifinals last season.

“I haven’t seen him locked in like this shooting the ball since he was at Duke doing it against us at Wake [Forest],” Clippers point guard Chris Paul said.

The Clippers dropped two to Houston at the end of last season. Then, after leading 3-1 in the Western Conference semifinals, they lost three in a row. Then, the Rockets picked up two more wins this season, including a drubbing last month in Houston. […] “They punked us,” Redick said.