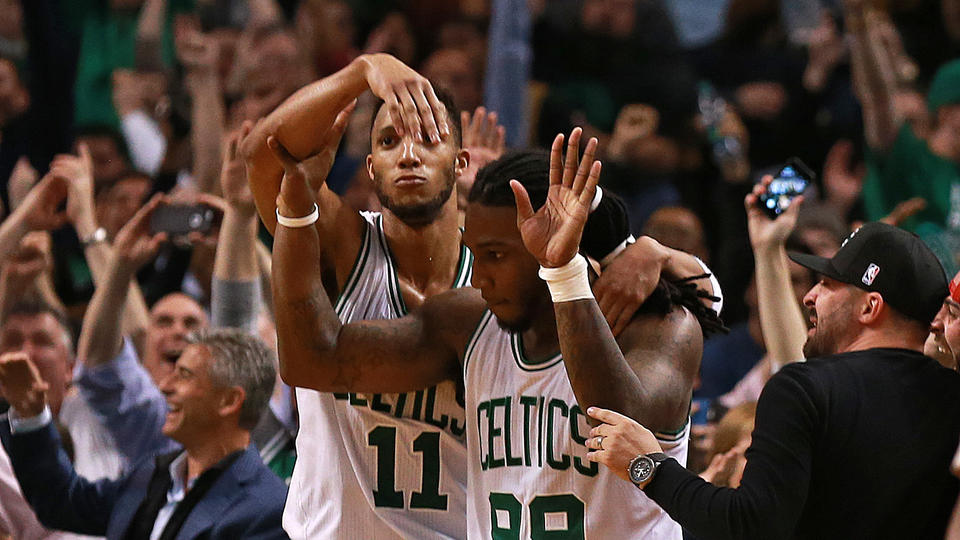 Off a clever inbounds play, Jae Crowder rose up for a tough fading jumper, and broke the visiting Toronto Raptors’ hearts Tuesday night.

Crowder’s last-second heroics gave the surging Boston Celtics a dramatic 95-93 win, and set up a first round Playoff matchup with LeBron James and the Cleveland Cavaliers.

The Celtics clinched the seventh seed in the Eastern Conference and a first-round playoff series with the No. 2 Cleveland Cavaliers thanks to the win. It’s hard to not look ahead, but the coach is trying his best to combat human nature.

“Obviously there are going to be distractions as we move forward,” Stevens said, “so every night there’s going to be distractions and that can’t be an excuse for playing well and playing together and gutting it out. Our guys are excited to play. To have a chance to play against the very best in the league is a great opportunity. […] With me it’s about how we achieved this small thing in the big picture of progress, but it’s progress. The next couple of weeks there will be distractions. The next few years.”

According to stat guru Dick Lipe, the Celtics have led all Eastern Conference teams since Feb. 3 with an 18-6 record against conference competition — better, even, than what Cleveland has accomplished. Then there’s the overall 19-11 record since the Feb. 19 trade deadline. […] “I’m ready to go to war with these guys — I’m ready to go to war,” Crowder said.