James Harden Goes Off for 45 Points vs the Pacers (VIDEO) 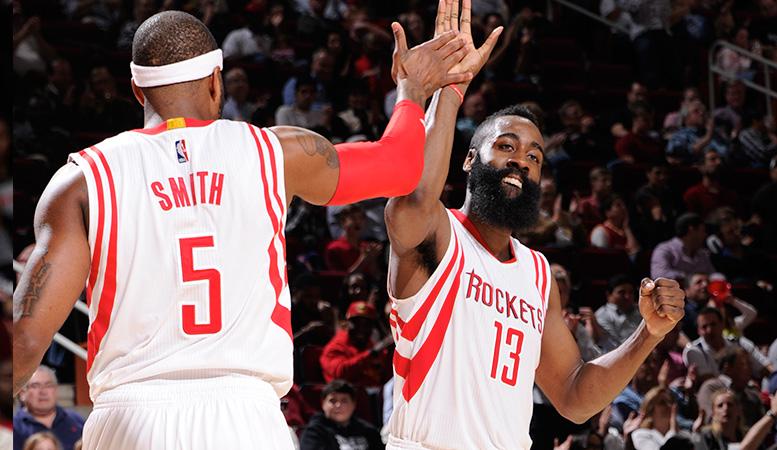 For the fourth time this season, James Harden topped the 40-point mark, erupting for 45 big ones and seven assists Monday night against the visiting Indiana Pacers.

More than even putting up “a monster game,” as Rockets forward Josh Smith called it, Harden bounced back from Saturday’s loss, when he had his third-fewest points (12) of the season and he made it seem easier than in any of his four 40-point games or 18 30-point games.

“He got going,” Rockets coach Kevin McHale said. “The last couple minutes of that (third) quarter, he was on fire. The guy’s had a special year. He’s played well all year long. A couple of the shots he makes, there’s nothing a defender can do. He’s been playing really well. I know he didn’t like that way that Golden State game felt. He came out and did something about it.”

With the Rockets moving the ball early as well as they have all season, Harden had more assists (4) in the first quarter than he had shot attempts (3). He took just five shots and four free throws in the first half. But he took only good shots, find his touch for the offensive assault that would come. […] “It makes the defense move,” Harden said of the ball movement early in the game. “When you make the defense move, everybody gets open shots and you get the defense second-guessing what they normally do and our offense looks really good. When we’re moving the basketball and everybody is getting touches and easy shots it makes the game a lot easier.”