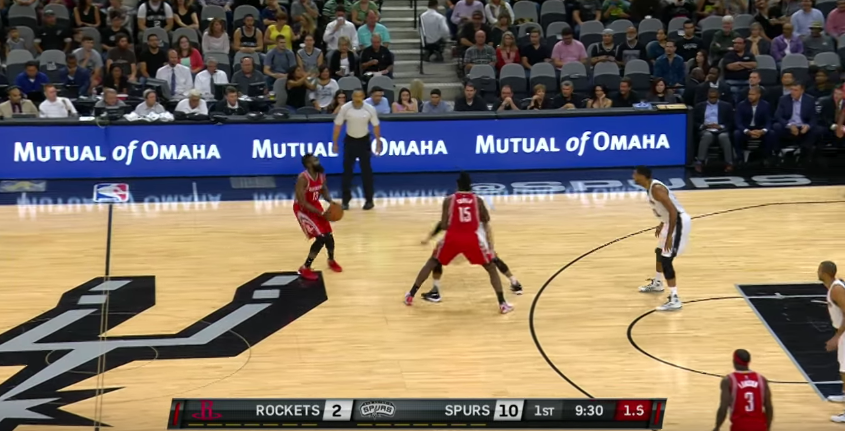 It’s only the preseason, and sure, the shot clock was winding down so he had to shoot it. But still, look at James Harden, casually cashing a three-ball against the Spurs in the first quarter on Friday night from wayyyy deep. The MVP runner-up is about to have a monster year, it would seem. He scored 17 points in the preseason loss to San Antonio.