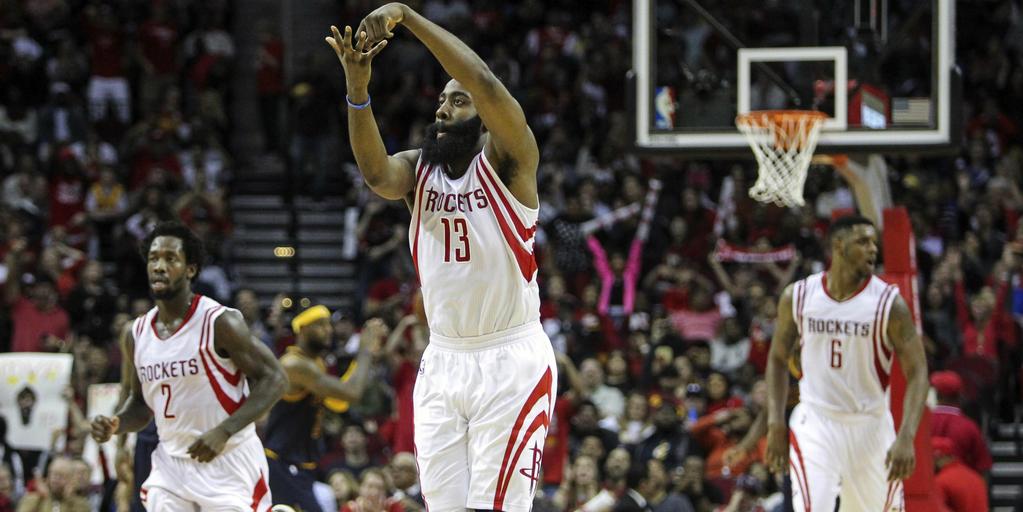 In a battle of leading MVP candidates Sunday, James Harden pushed the Houston Rockets to a big 105-103 overtime win against LeBron James and the visiting Cleveland Cavaliers.

Harden finished with 33 points, while LeBron put in 37 points but struggled with his shot late and couldn’t find the stroke at the free-throw line.

Way to trick it off today Bron!

He missed two free throws with four seconds left in overtime and the Cavs down by one, capping a 3-for-11 day from the line. That, coincidentally, matched his 3-for-11 shooting finish to the night during the fourth quarter and overtime, too. […] “I tripped the game up at the free-throw line,” James said. “Guys put us in position to win the game and I didn’t come through for them. It won’t happen again.”

James scored 37 points and James Harden had 33 points for the Rockets, although his karate kick to James’ groin in the third quarter angered the Cavs and illustrated how tense the game became. […] James tied up Harden, who had possession of the ball and fell to the ground. While he was on his side, Harden brought his foot back and kicked James right between the legs.