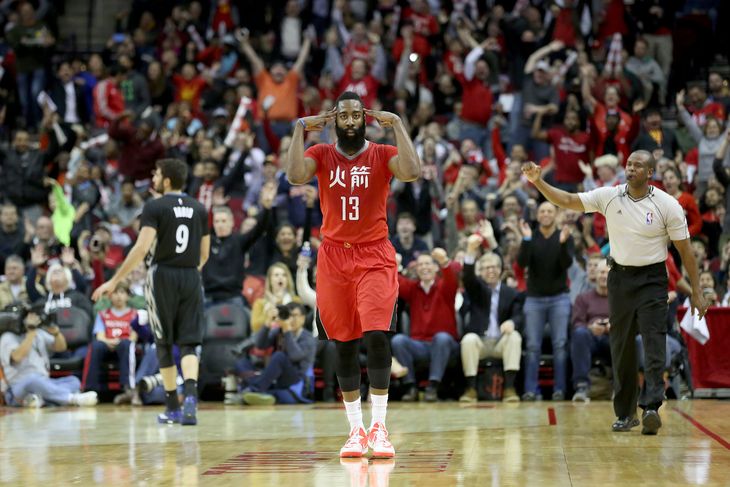 With time running out in the third quarter of Monday night’s Timberwolves-Rockets tilt, poor Ricky Rubio found himself isolated on an island with James Harden … and, well, yikes.

Harden dropped Rubio on his behind before hitting a step-back three, en route to his second triple-double of the season.

The Beard finished with 31 points, 11 rebounds and 10 assists in Houston’s 113-102 win against visiting Minnesota.

The favorite for Rookie of the Year, (Andrew) Wiggins had 30 points and six rebounds against the Rockets. He also took on the tough task of guarding an MVP favorite, James Harden for parts of the game. While Harden finished with a game-high 31 points, his low points came when Wiggins was against him. […] “These are the games that as a competitor you look forward to,” Wiggins said.

“He is a great talent,” Harden said. “He is so athletic, so skilled and so long. Offensively he is getting a lot better.”

Wiggins also learned a few things from Harden in the game. […] “He does some things that I can work on,” Wiggins said. “The way he can draw contact, draw fouls in the paint. He is a great player. I can pick things up from players in the league like him.”