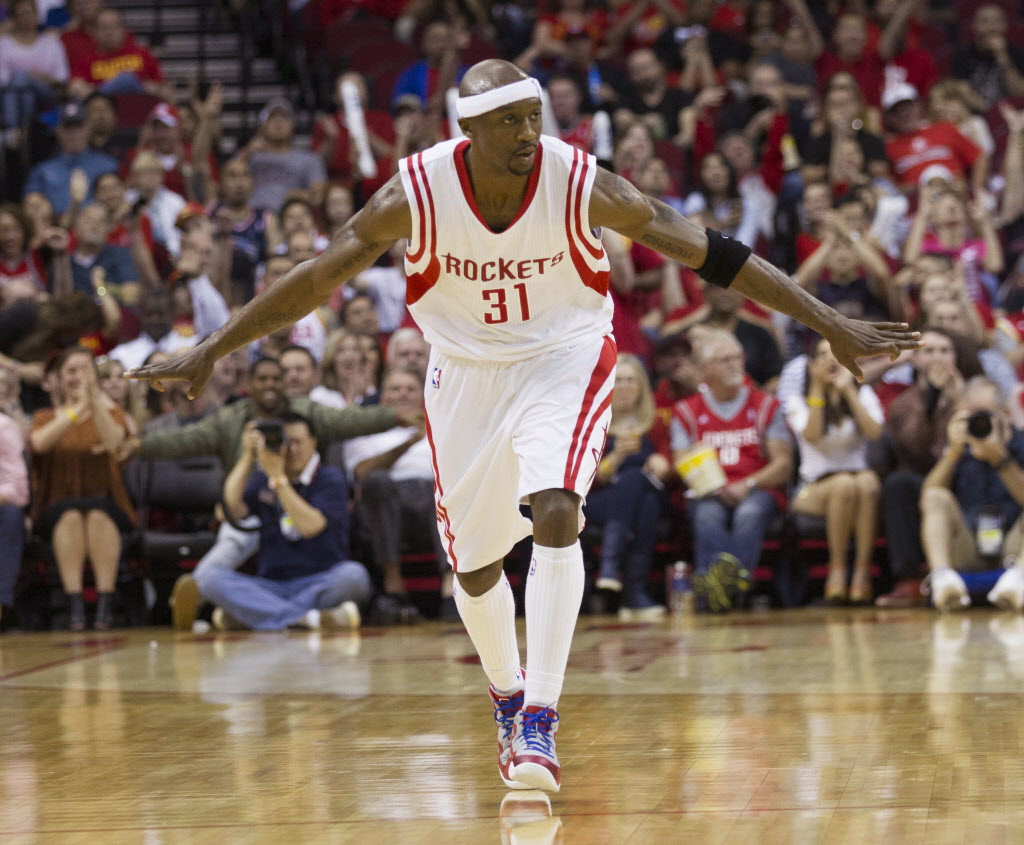 Houston Rockets guard Jason Terry flopped dramatically while fighting through a series of picks by Dallas Mavericks forward Dirk Nowitzki, and Terry is now $5,000 lighter in the ol’ wallet.

The Rockets now hold a commanding 2-0 lead in the first round battle, with the series shifting to Dallas for Games 3 and 4.

Houston guard Jason Terry was fined $5,000 by the NBA on Wednesday for violating the league’s anti-flopping rules during Game 2 of the Rockets’ first-round series against Dallas.

The incident occurred in the third quarter of Rockets’ 111-99 home victory.