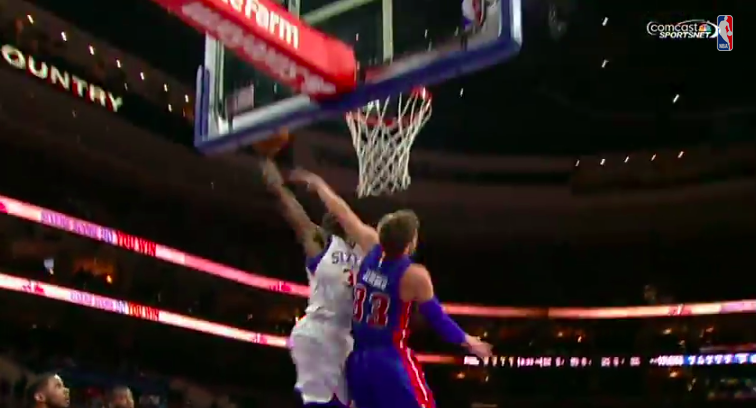 He only hit two shots on Wednesday night, but at least Sixers rookie forward Jerami Grant made one of them memorable. Above is what Grant, a rookie out of Syracuse taken in the second round by Philadelphia, did to Jonas Jerebko in the third quarter of last night’s Sixers-Pistons game, a matchup which the Sixers won 89-69. Someday the Pistons will learn that sometimes it’s better to just get out of the way. 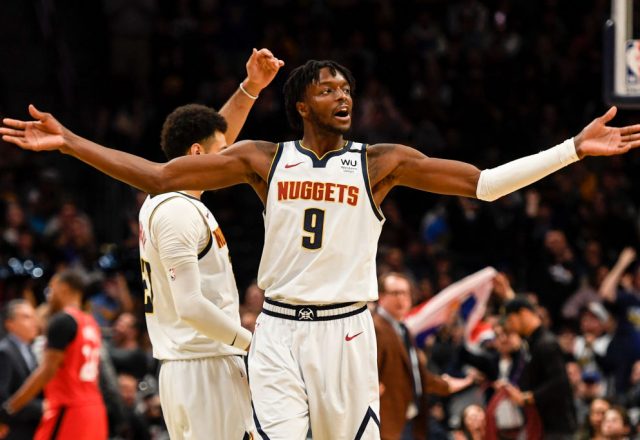 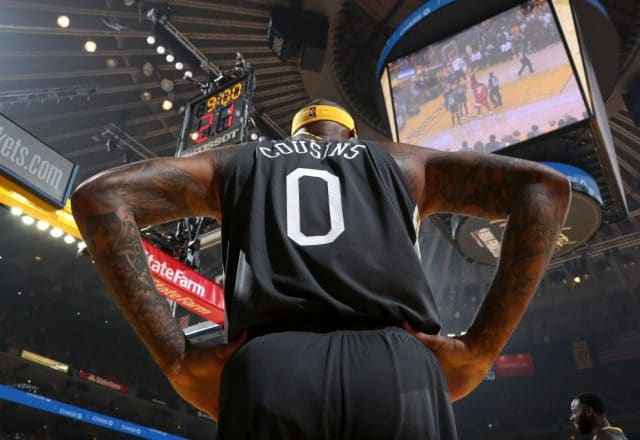 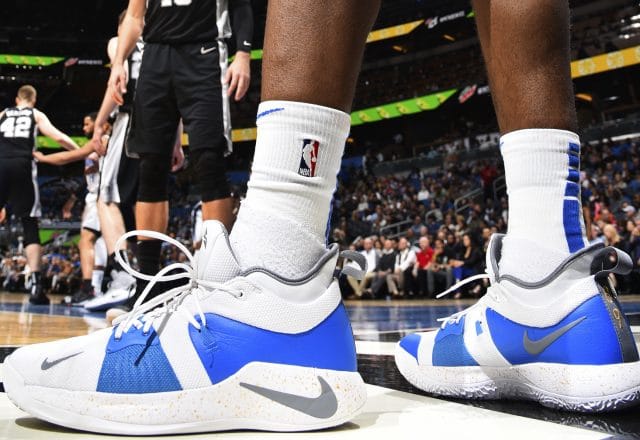 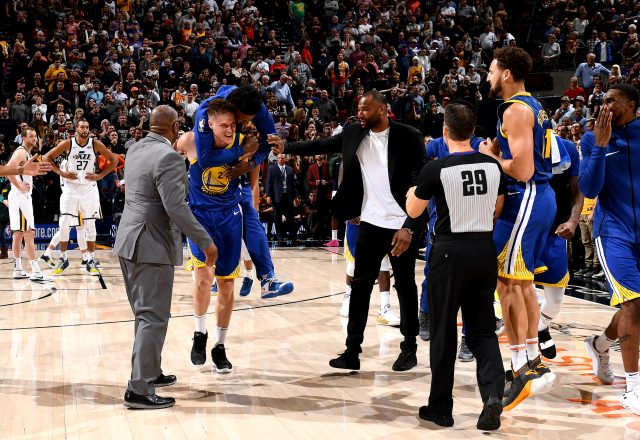