Joe Ingles ‘Not Gonna Back Down’ from Paul George 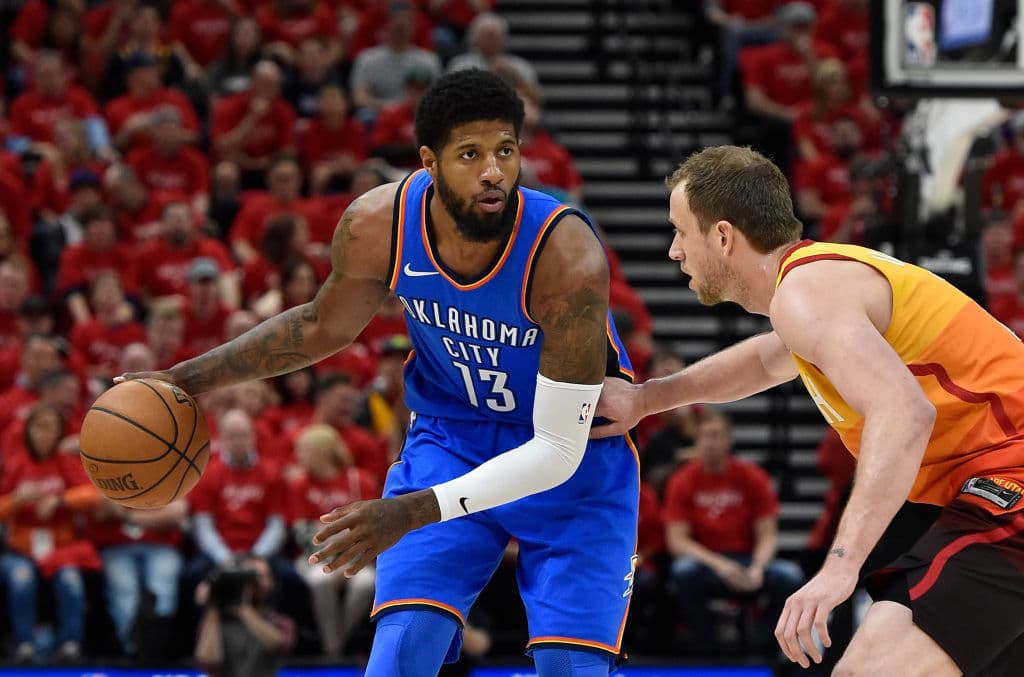 Joe Ingles and Paul George got in each other’s faces Monday night, and after the Utah Jazz grabbed a 3-1 series chokehold with a 113-96 win, Ingles says he’s not backing down from the All-Star forward (or anyone else.)

"I'm not going to back down." @Joeingles7 joined #InsideTheNBA after the @utahjazz took Game 4 and a 3-1 series lead! #NBAPlayoffs | #TakeNote pic.twitter.com/5l3jFB1lmp

“We’re just both out there competing,” Ingles told TNT‘s “Inside The NBA” panel after scoring 20 points in Utah’s pivotal victory.

“Obviously [George] is a really good player; I’ve got my work cut out for me each night defending him. I’m not gonna back down. I’m gonna play hard, and compete, and, from 1-to-15, we’re gonna have a crack.”

Ingles added that he felt disrespected by OKC’s defense, which kept leaving him open behind the three-point arc.

George finished with a team-high 32 points for the Thunder, who return home for Game 5 attempting to stave off elimination.

Per the Deseret News:

Both teams talked beforehand about the game getting more physical, which it did from the start with more than the usual pushing and shoving going on. By the end of the night, seven technical fouls had been whistled and a few more probably could have been called with all the harsh words between the two teams. In addition, 44 personal fouls were called in the game.

“Both teams were aggressive and that’s the playoffs,” said Utah coach Quin Snyder. “You’re going to have aggressive physical games. Both teams want to win that’s the way the game goes, we want our players to be aggressive be solid and not lose sight of what we have to do to win the game.”

Four technical fouls were whistled in the first half alone — two on each side — as the officials tried to keep a lid on things before they got out of hand.