Joel Embiid ‘F**king Sick and Tired of Being Babied’ 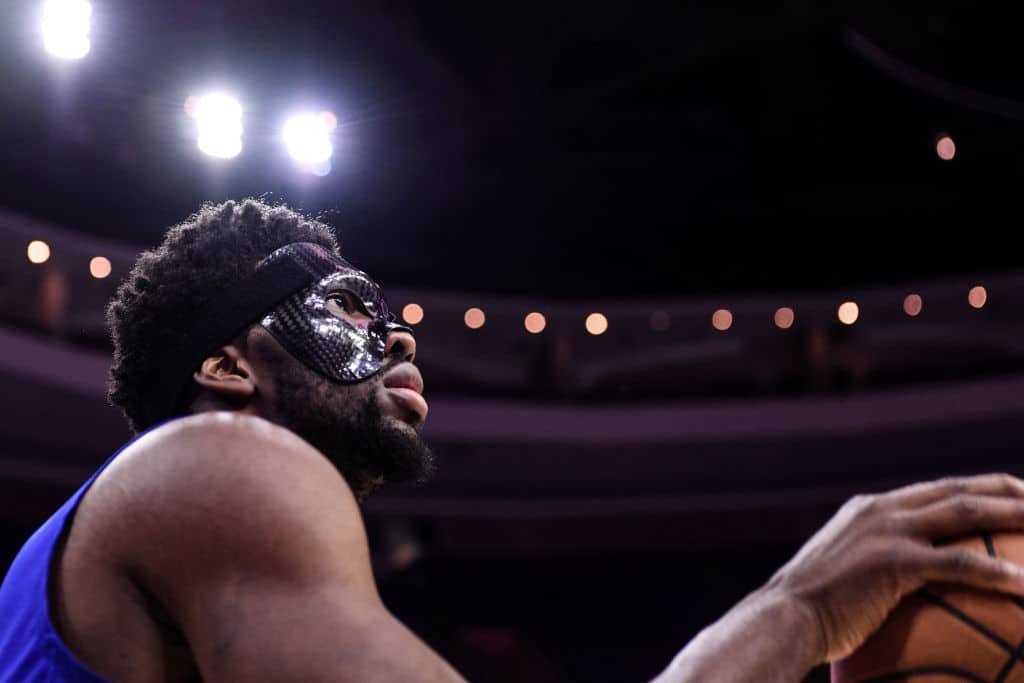 Joel Embiid is frustrated that Philadelphia team doctors won’t clear him to play, and took to Instagram to express his frustration Monday night after helplessly watching a 113-103 Game 2 loss against the Miami Heat.

Sixers head coach Brett Brown says he understands the big fella’s anger, but offered little in the way of a medical update ahead of Game 3.

Brett Brown: “(Joel Embiid) just wants to play basketball, he wants to be with his team.” (via @nbatv)pic.twitter.com/SuljWS56Vp

Embiid has been sidelined since March 28 after suffering a broken orbital bone and concussion in a collision with teammate Markelle Fultz. He underwent surgery to repair the fracture.

When asked about the Instagram post, Embiid told ESPN’s Ramona Shelburne: “I promised the city the playoffs and I’m not on the court and I may not be on Thursday either. I wish more than anything that I was out there. I just want the green light to play.”

Brown said Monday that he did not have a problem with Embiid showing frustration about his absence.