Joel Embiid: Sixers ‘Sh**ty’ on Defense in Game 1 vs Celtics 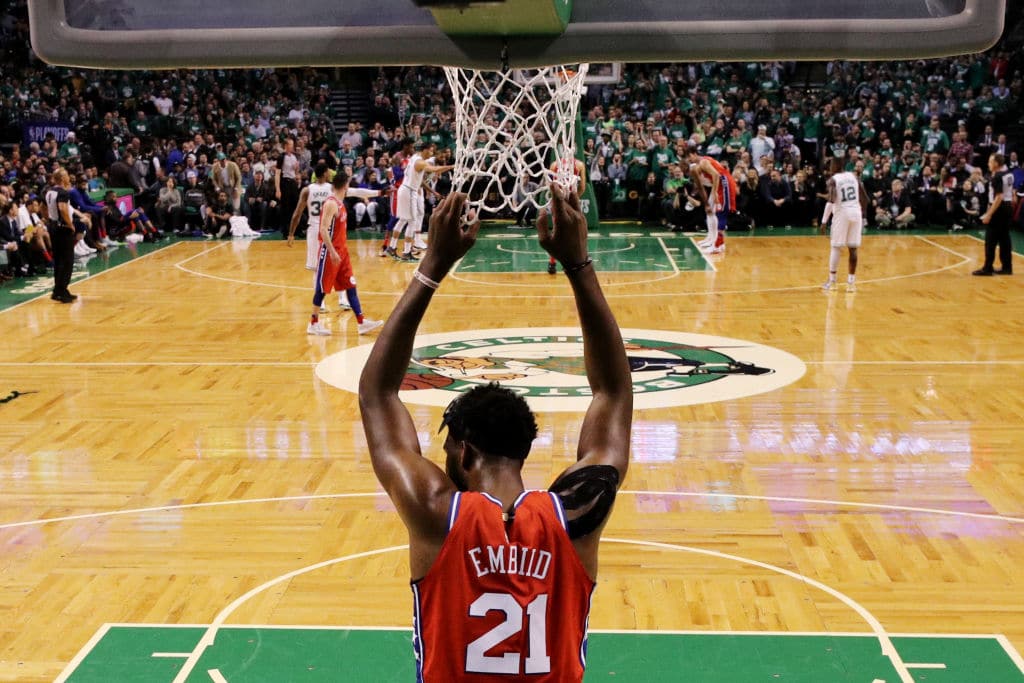 Joel Embiid offered a brutally honest assessment of the Sixers’ defensive effort Monday night in their 117-101 Game 1 loss to the Boston Celtics.

Embiid told reporters that Philadelphia is capable of being the NBA’s best defensive team, a far cry from what they showed in the series-opening letdown.

Sixers' Joel Embiid after Game 1 loss to Celtics: "It starts on defense. I thought i was s—ty. I thought we were all bad tonight. That's not who we are, definitely. When everybody is on, we're the best defensive team in the game." pic.twitter.com/5lVOtz9eum

Sixers head coach Brett Brown theorized that his team may not have benefited from getting so much time off between rounds one and two of the playoffs.

The rust vs. rest pros and cons were discussed all week, and shortly before tipoff there was a bit of an indication from Brown that the rest might not have been a good thing for his team.

“Time off isn’t always the answer to playing well,” Brown said with some uncertainty.

“I don’t know if the time off hurt us,” Brown said after the game. “It sure felt like we were playing a good team today.”