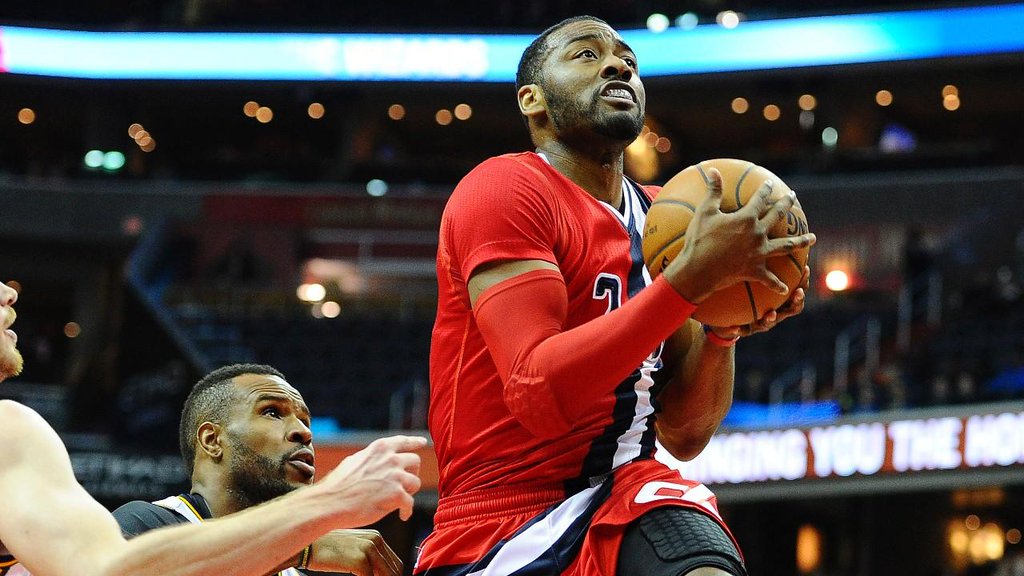 John Wall’s blazing speed overwhelmed the visiting Utah Jazz in the Washington Wizards’ 103-89 win Thursday night, as he raced past their defense for 17 points and 11 assists.

The Wizards traded for Markieff Morris minutes before Thursday’s deadline.

Washington came into the contest sitting three games out of the final Playoff spot in the Eastern Conference.

“I loved what I saw at practice, I loved what I saw at shootaround and it carried over to tonight,” Wizards Coach Randy Wittman said. […] With the victory, the Wizards, who began the night three games out of the Eastern Conference’s final playoff spot, improved to 24-28. The Jazz dropped to 26-27 and into a virtual tie with the Houston Rockets for eighth place in the Western Conference.

Marcin Gortat posted a game-high 22 points with 10 rebounds for his 28th double-double of the season, adding five blocks, and John Wall recorded 17 points, 11 assists and six rebounds for his 31st double-double. Both players have recorded double-doubles in the past five games, becoming the first duo in franchise history to accomplish the feat since Wes Unseld and Elvin Hayes.

Bradley Beal, who came off the bench to curtail his workload during this demanding three-day stretch, missed five of his first six shots from the field but made six of eight in the second half to finish with 16 points in 24 minutes. Beal said he isn’t sure if he’ll be available for Washington’s games the next two days — against the Pistons Friday night and against the Miami Heat Saturday — as the Wizards continue to proceed with caution since his return from a stress reaction in his right fibula last month. […] “I was actually short a few minutes today so hopefully it can carry over to tomorrow,” Beal said. “Hopefully I can be a full go tomorrow.”