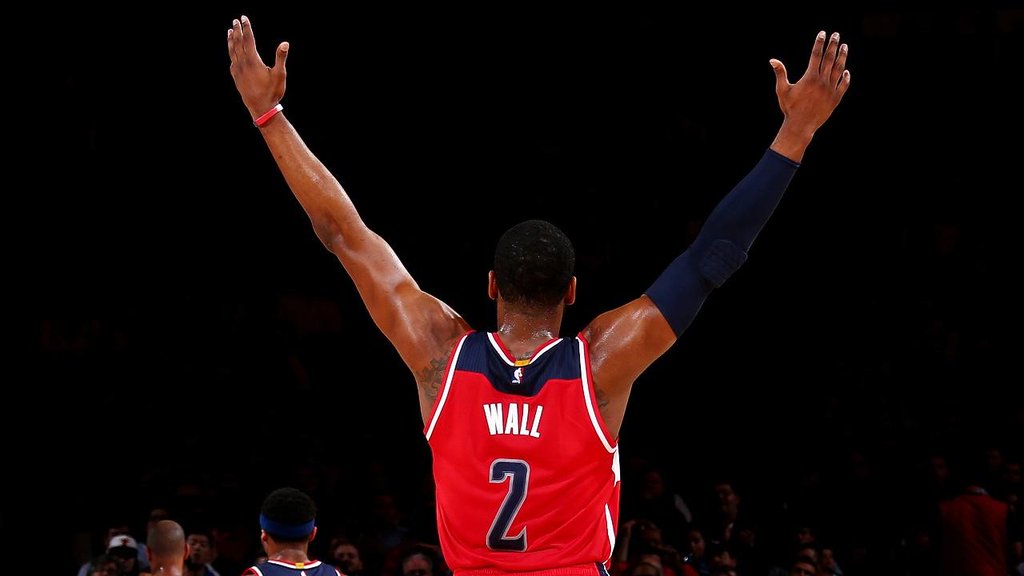 The Washington Wizards, led by John Wall and Bradley Beal, spoiled Kurt Rambis’ head coaching debut in New York with a 111-108 win against the Knicks.

The Wizards’ backcourt duo combined for 54 poitns; Carmelo Anthony led the Knicks with 33 points and 13 rebounds in the loss.

John Wall had 28 points and 17 assists, Bradley Beal scored 26, and the Wizards beat New York 111-108 on Tuesday night in the Knicks’ first game under Rambis. […] Wall made four free throws in the final 6.6 seconds and the Wizards handed the Knicks their sixth straight loss when Langston Galloway’s 3-pointer at the buzzer was just short after Washington failed to foul intentionally as planned.

“Nobody’s happy. Everybody is kind of depressed that we’re losing,” Knicks rookie Kristaps Porzingis said. “Now we’ve lost our coach so there’s lots of stuff going on but we try to stay focused. We just have to find a way to get back.”

“It is starting to become kind of habitual right now starting the games off slow,” Carmelo Anthony said. “We can’t give teams 30-plus points in the first quarter, then try to fight back. Once you fight back like we did today, it’s still an uphill battle that you’ve got to fight.” […] Anthony had 33 points and 13 rebounds, but the Knicks have dropped 10 of 11.