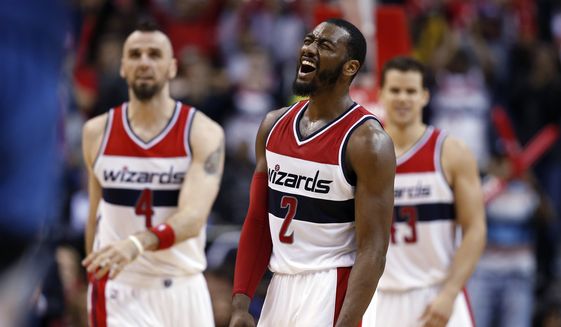 All-Star point guard John Wall put on yet another dazzling show Tuesday night, running circles around the Minnesota Timberwolves’ defense to the tune of 21 points and 17 dimes in a 109-95 rout.

All T’Wolves head coach Flip Saunders could do about his former floor general, was appropriately shout “Superstar!”

Wall also pulled down four rebounds in 38 minutes of work, and tied a career-high with the 17 assists.

“Superstar!” Saunders exclaimed. No response. “Superstar!” Nothing. “Superstar!” […] John Wall finally realized the moniker was directed at him and looked up. “Oh, no,” Wall said with a smile. “Not me.”

“I’m so proud of you,” Saunders, now the head coach of the Minnesota Timberwolves, told Wall as the two embraced minutes before Saunders coached against the Washington Wizards for the first time since the team fired him in January 2012.