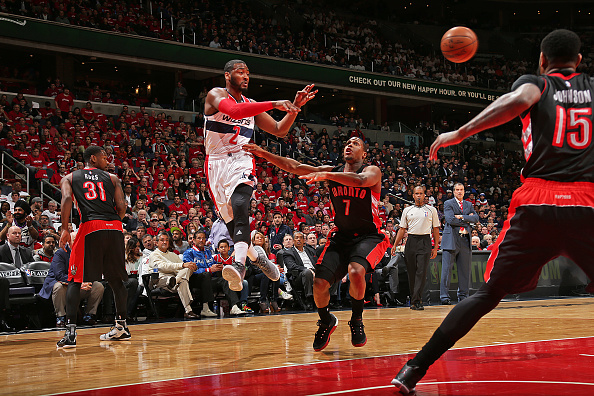 John Wall‘s fifth season was monstrous. He was second in total assists and assists per game. He was one of only two players to average at least 10 assists. He made his second straight All-Star game and started for the first time. He led the Washington Wizards to the second round of the playoffs for the second season in a row.

Check out the video above to see Wall’s electrifying passes and aerial assaults, on both offense and defense.