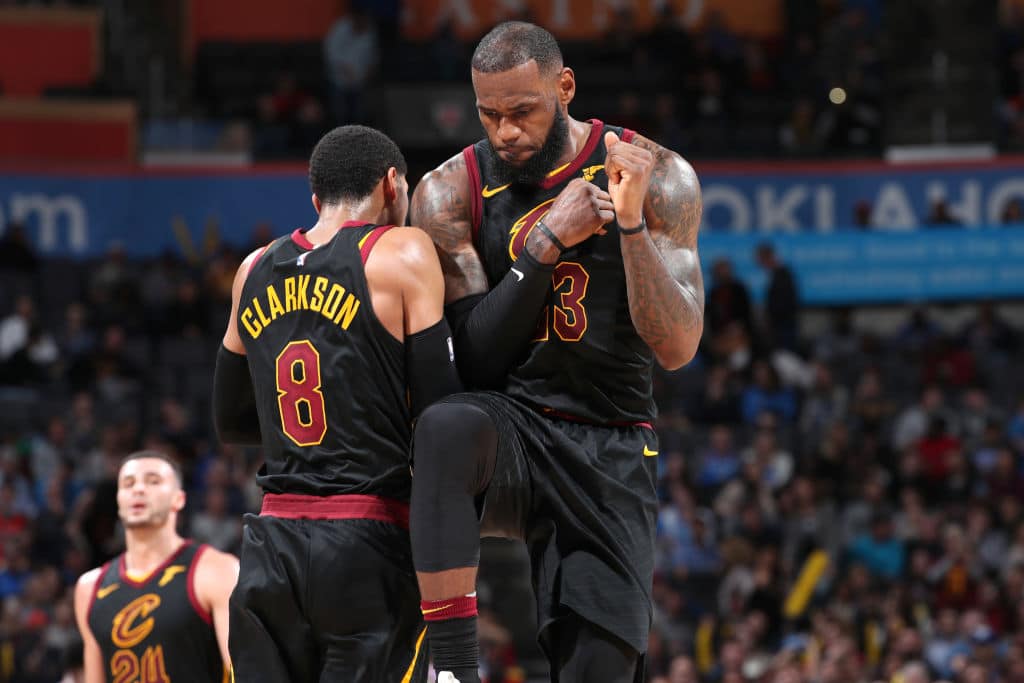 LeBron James‘ looming free agency has been top-of-mind for players and fans across the NBA, and Jordan Clarkson says the Lakers’ locker room is no exception.

The possibility of LeBron relocating to L.A. is something Clarkson and his former teammates would discuss.

Jordan Clarkson said Lakers players talk to each other about LeBron James joining them: Inside Cavs-Nuggets @clevelanddotcom https://t.co/R7wgYgeDFS

Clarkson was acquired by the Cleveland Cavaliers in a blockbuster trade last month, and marvels at the lengths people will go to in order to recruit James.

Also, Laker fan and personal-injury attorney Jacob Emrani paid for some billboards in Los Angeles that not only recruit James, but poke fun at the Philadelphia-area business that did the same thing last week.