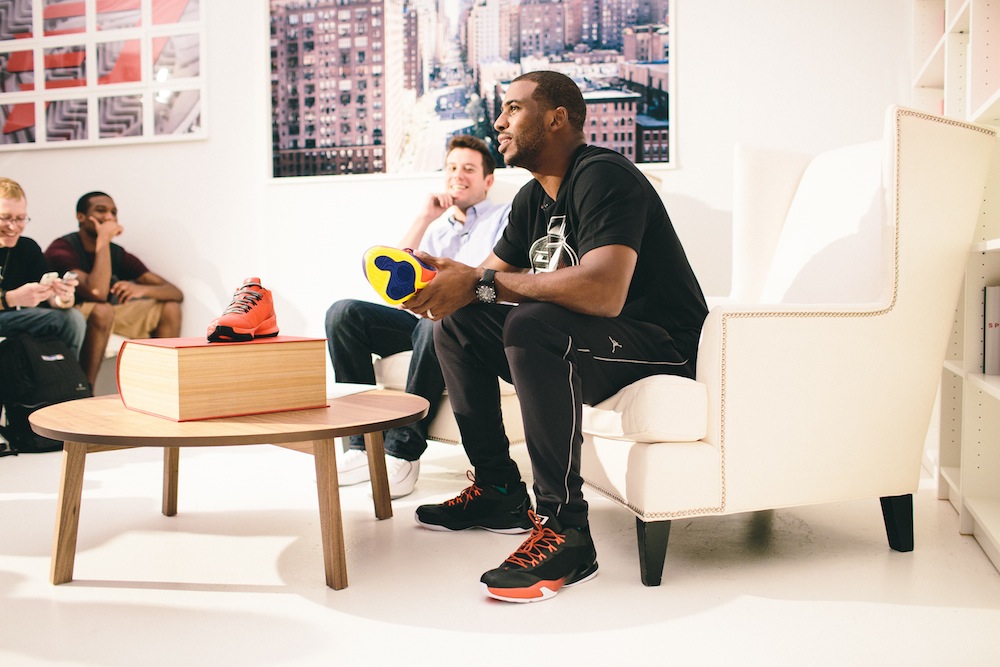 On Wednesday, Chris Paul joined Jordan Brand in New York City to launch his eighth signature sneaker, the Jordan CP3.VIII. At the launch event, Paul talked about what’s important to him when it comes to kicks—comfort, personalization and attention to detail.

And don’t get it twisted, Paul is a sneakerhead. He told the assembled media that he spends hours on NIKEiD customizing sneakers, and he often browses amateur sneaker reviews of his kicks on YouTube to get a sense of what kids think about his shoes. “I genuinely love this. I love sneakers,” Paul said at one point, before adding that he traditionally wears a brand new pair for every game of the NBA season.

While Paul admitted to still being genuinely astonished that he’s able to represent Jordan Brand, he also said he’s taken insights from MJ over the years. For instance, Mike’s suggestion that signature shoes ought to be wild and attention-grabbing, so that in big moments, you might catch your opponent staring at your kicks and catch him off his game, even for a second, wondering about your sneakers.

The CP3.VIII, inspired by the “Speed of Flight” has a lower cut than last year’s CP3 model and an innersleeve for added cushion. As always, CP3’s kicks have personalized family touches. This time, detailing on the tongue (a family tree), and a chevron design on the sole, paying tribute to Paul’s grandfather.

Flip through photos from the launch event above and watch the recap video below, which includes flicks from the media run that followed Paul’s intro to the new kicks. In fact, CP3 himself jumped in at one point—you know, just to make us look silly.

The Jordan CP3.VIII is launching with a $130 retail price on November 1 in two colorways: Black/infrared 23/white and cool grey/white/black.