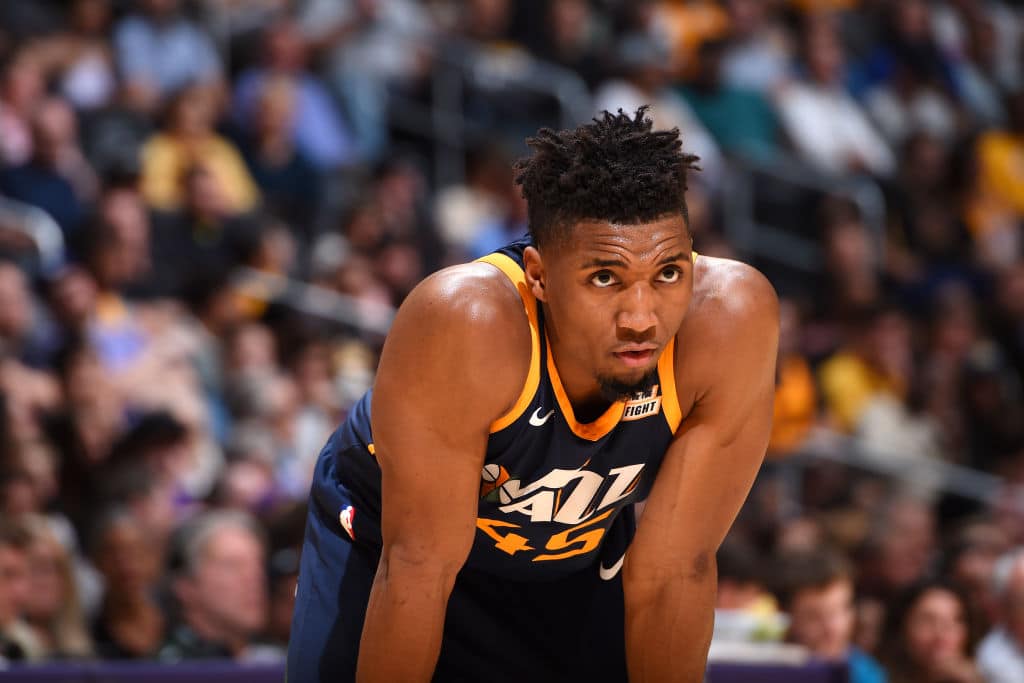 Mitchell is one of the NBA’s truly unstoppable offensive talents, according to Hart.

Spida led the Utah Jazz past Los Angeles with 28 points, 9 rebounds and eight assists in a 112-97 road win that clinched a postseason berth Sunday night.

Hart mentioning Mitchell in that group [of elite players] might seem like a surprise to anyone not named Donovan Mitchell or Utah Jazz fans, but Hart feels as though his fellow rookie is near that tier of scorer.

“Don is very crafty. I think that’s the biggest thing with him. You don’t realize how crafty he is,” Hart explained. “He’s a top offensive talent in the league. He’s proven that. He’s had 40-point games, he’s the leading scorer of a playoff team, and for a lot of the year carried a playoff team in his rookie year.

“Judging him on his body of work this season, he definitely (belongs in the same conversation as Harden and James). And he has the potential to be a great player in the league.”