JR Smith: ‘I Don’t Want the Opposing Fans to Like Me’ 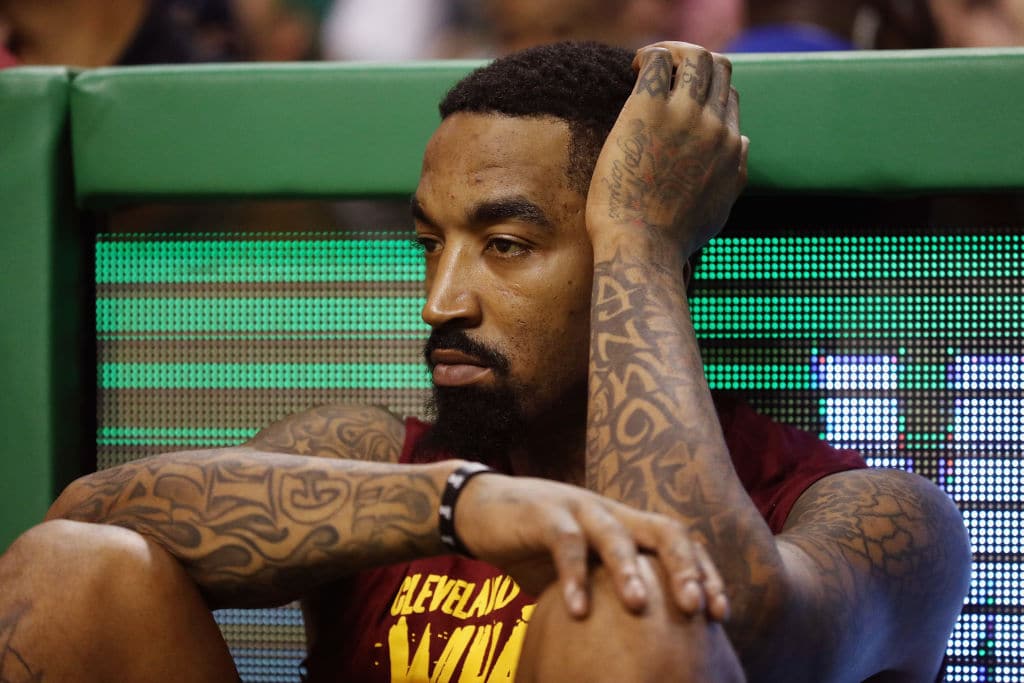 Marcus Smart was ready to throw #ThemHands after JR Smith pushed Al Horford from behind 😬 (via @DefPenHoops) pic.twitter.com/KLczyvM32m

Smith says refs made the right call, adding that he enjoys when opposing fans get upset with him.

JR Smith on the "F— You JR" chant in Boston: "I love it. I don’t want the opposing fans to like me. That’s not why I’m here. They can chant and scream all they want, it actually makes me feel better about myself. They know me."

Smith finished with zero points on 0-for-7 shooting as the Cleveland Cavaliers fell into a 2-0 hole in the Eastern Conference Finals.

“It was a good call. I blatantly pushed him,” Smith said. “It wasn’t like I was trying to lowbridge him or something to make sure he didn’t get it. It was a good, hard foul. I can understand why they gave me a flagrant.”

[Marcus] Smart, who was also assessed a technical for mixing it up with Smith following the Horford shove, said it was a dirty play.

“I just looked at it, Al is a defenseless person,” Smart said. “He’s in the air. He can’t control how his body goes, and he’s not even looking, and you go and take two hands to the back, that’s a dirty shot. You just can’t allow that to keep happening. That’s not the first time JR has done some dirty stuff, especially playing against us. He’s known for it, especially playing against us. We know that.

“So you know, it’s like a bully, you keep letting a bully keep picking on you, he’s going to pick on you until you finally stand up, and that’s what I tried to do. One of my guys was down, and I took offense to it.”