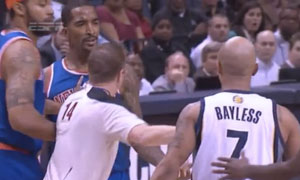 JR Smith and Jerryd Bayless received double technicals in for an altercation in the second quarter of last night’s game. Smith caught Bayless with a Ron Artest ‘bow to the chest, and Bayless shoved back at Smith. From the New York Post: “J.R. Smith, wearing a band-aid on his cheek, took a shot at Jerryd Bayless’ lack of size after the Memphis guard flipped his lid following a second-quarter dust up between the two last night. Bayless and Smith got entangled and Smith raised his left elbow, clocking Bayless in the upper chest. The 6-foot-2 Bayless shoved Smith in the face and then tried to get after the Knicks guard. A livid Bayless had to be restrained by teammates while Smith backpedaled away, laughing at the scene. ‘Other than me trying to get the ball, I don’t know what he could’ve been mad at,’ Smith said after the Knicks’ 105-95 loss to the Grizzlies, their first defeat of the season. ‘Some small guards have a little man’s complex. They got to work that out.'” 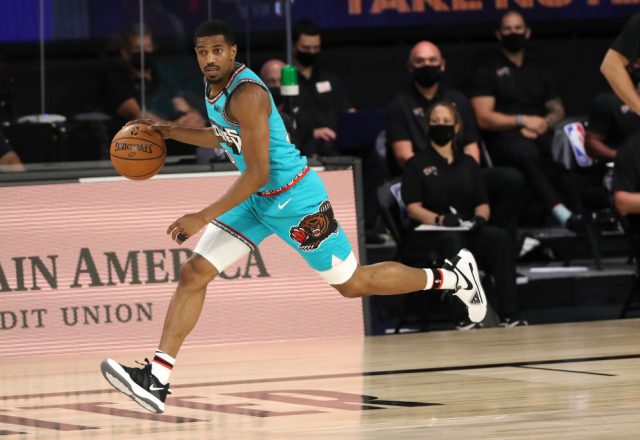