JR Smith Says He Was ‘Terrible’ in Game 2 vs Warriors 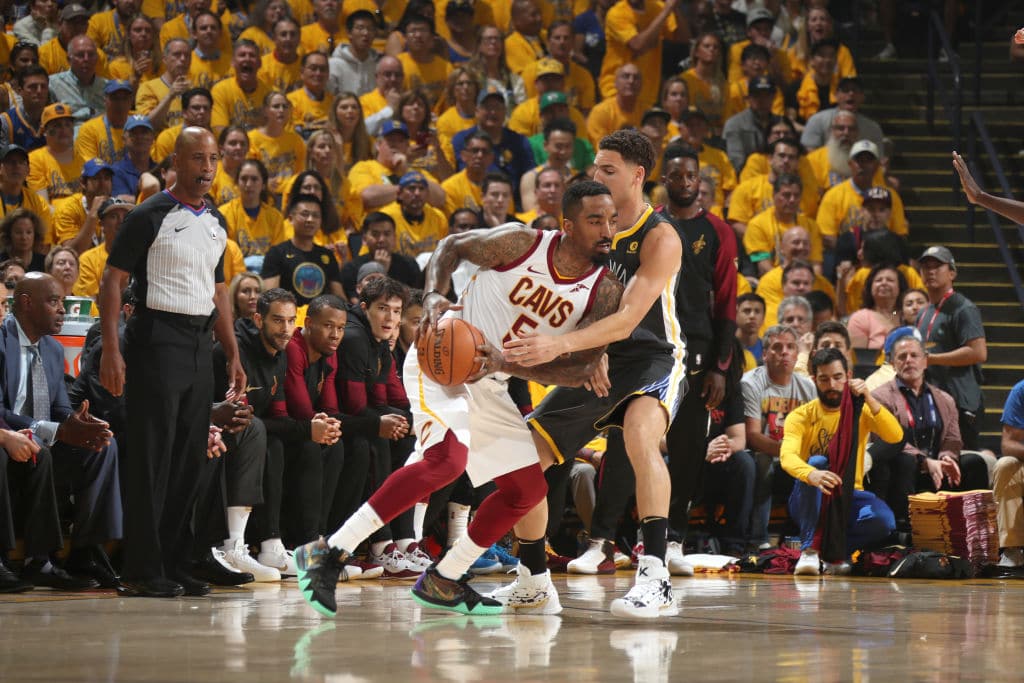 JR Smith missed seven of his nine shot attempts in 31 minutes Sunday night, branding his performance in Game 2 of the NBA Finals as “terrible.”

Smith finished with 5 points as the Cleveland Cavaliers fell into an 0-2 series hole in the Golden State Warriors’ 122-103 win.

Dubs fans gave JR a standing ovation when he was introduced, and sarcastically serenaded him with “MVP” chants for his epic Game 1 blunder.

JR Smith on getting MVP chants: “I liked it. I’d rather them do that than not acknowledge me” pic.twitter.com/yjiuv6GBHI

“Terrible,” Smith said of his performance. “I have to shoot the ball better. I have to defend better.”

[LeBron] James and coach Tyronn Lue raved about Smith’s ability to bounce back from tough moments but that didn’t happen Sunday.

“Not too much affects JR. I don’t think so,” Lue said. “He made shots. He had some good looks he didn’t make, but throughout the course of the game I don’t he think he really got shots in a row to kind of get into a rhythm. So that was kind of tough on him. But we have confidence in JR, and he’s just got to continue taking his shots.”