Julius Randle Could Miss the Season With Fractured Tibia 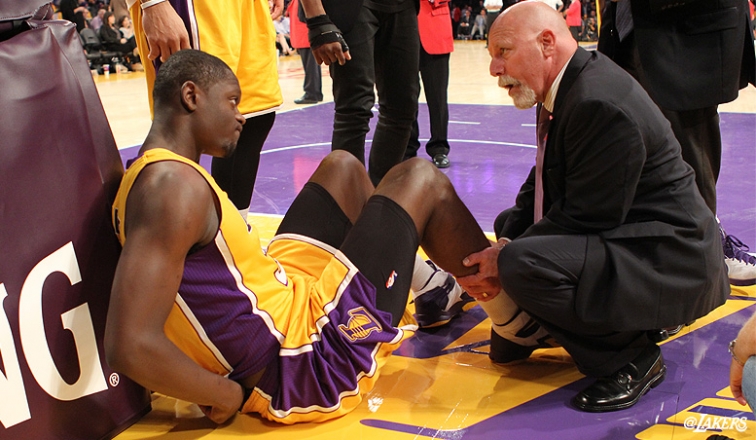 The Los Angeles Lakers’ season got off to a rough start Tuesday night, as they were spanked 108-90 by the visiting Houston Rockets. And then things got considerably worse.

Rookie big man Julius Randle broke the tibia in his right leg, and could be out for the rest of the year.

Lakers forward Julius Randle left tonight’s game against the Houston Rockets in the fourth quarter with an injury to his right leg. The initial diagnosis by team doctors at the arena is a fractured tibia. […] Randle will undergo further evaluation (Wednesday), and an update on his status will be given at that time.

Randle, the seventh overall pick in the draft, is expected to have surgery as early as Wednesday and will probably miss the entire season. He had two points on one-for-three shooting in 13 minutes when he left the game.

“I just told him, ‘Keep your spirits up,'” the Lakers’ Kobe Bryant said, adding that an injury like that would be hard enough to stomach for a veteran, let alone a 19-year-old like Randle. […] “We’ll help him through this,” Bryant said. “He’ll come back a better basketball player. That’s the goal, is to try to find the silver lining.”