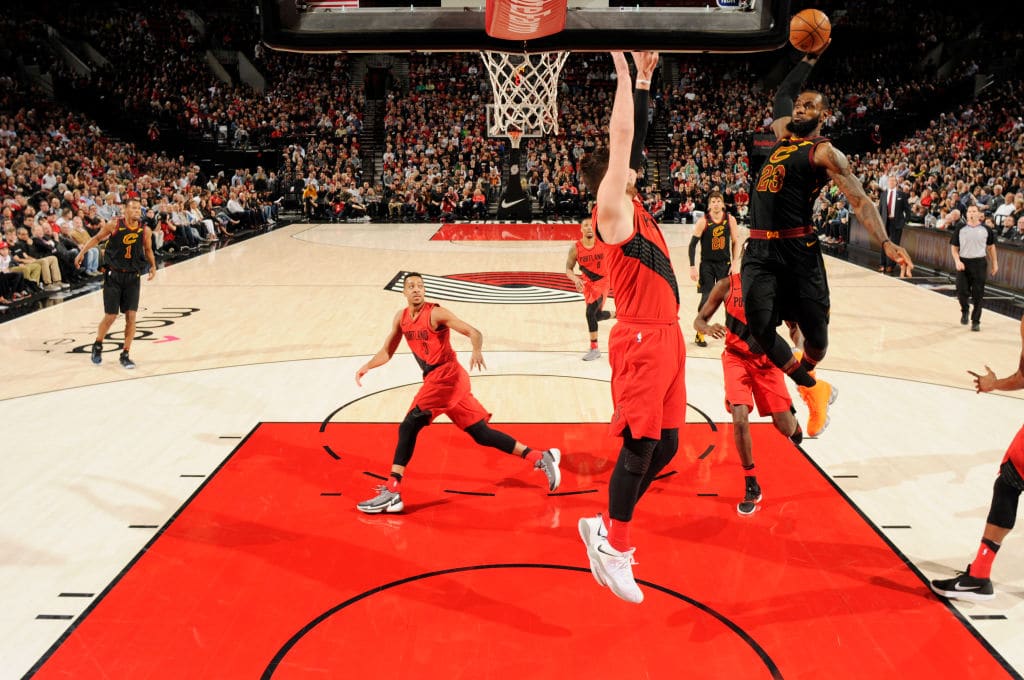 LeBron James threw down the dunk of the year Thursday night in Portland, leaping from the middle of the lane to smash it all over Jusuf Nurkic.

While everyone else (understandably) lost their minds over the epic jam, Nurkic’s Blazers teammates said they respected him for getting in harm’s way.

And the big fella enjoyed the last laugh, as the Cleveland Cavaliers left Rip City holding a 113-105 loss.

“We talk about it all the time,” Ed Davis said. “You’ve got guys who are known dunkers. And the question is: When they come in the lane, what are you going to do? I respect Nurk for going after the block. A lot of guys are scared and get out of the way.”

Teammates didn’t avoid Nurkic or peek up at the jumbotron to look for replays. They fist-bumped Nurkic. They patted him on the back. They commended his courage.

“When we came to the bench, everyone was dapping Nurk up just for being there at the rim,” Damian Lillard said. “(James) has done that to plenty of people. It would have been a completely different story had Nurk seen him coming and moved out of the way. We’ll take him getting dunked on and challenging at the rim over him moving out of the way any day. It happens.”

The Cavaliers’ bench went berserk after James’ dunk, leaping from their seats and spilling onto the court in a burst of raw emotion. James said it’s a highlight he won’t soon forget.

“I knew it was going to be a good one that’s going to be shown for a long time,” James said. “I was more excited to look over and see how excited (my teammates’) were. That one will last forever.”