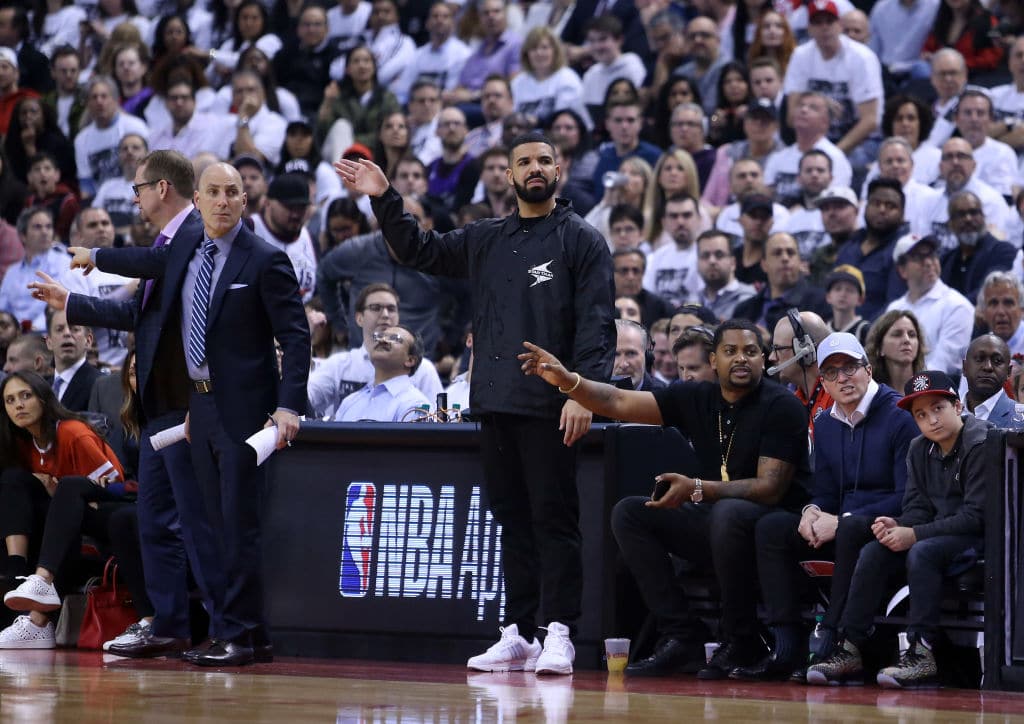 Cavs backup center Kendrick Perkins got into it with Raptors global ambassador and courtside fixture Drake at halftime and following Game 1 Tuesday night, as the two exchanged words near Toronto’s bench and had to be separated.

Perk says the superstar rapper started the war of words.

"I don't think Drake want that one."

According to the 33-year-old veteran, Drizzy got upset when he overheard him (accurately) predicting a Cleveland victory in the second-round playoff series opener.

In a text message to ESPN, Kendrick Perkins says: “What happened was I was talking to my old teammate Serge (Ibaka) walking into halftime telling him ‘We about to win this game,’ and Drake butted in talking shit to me. So I said something back to him.” https://t.co/sJ3Ntx6zVy

What exactly was Perkins’ rebuttal?

When Perkins exited the Cavs’ locker room for good Tuesday night, a member of the team’s security staff asked him if he wanted to be escorted to the team bus in case he might have another run-in with Drake along the way.