Kevin Durant on Feelings After Game 1 Loss to Spurs: ‘I’m Not Telling You’ (VIDEO) 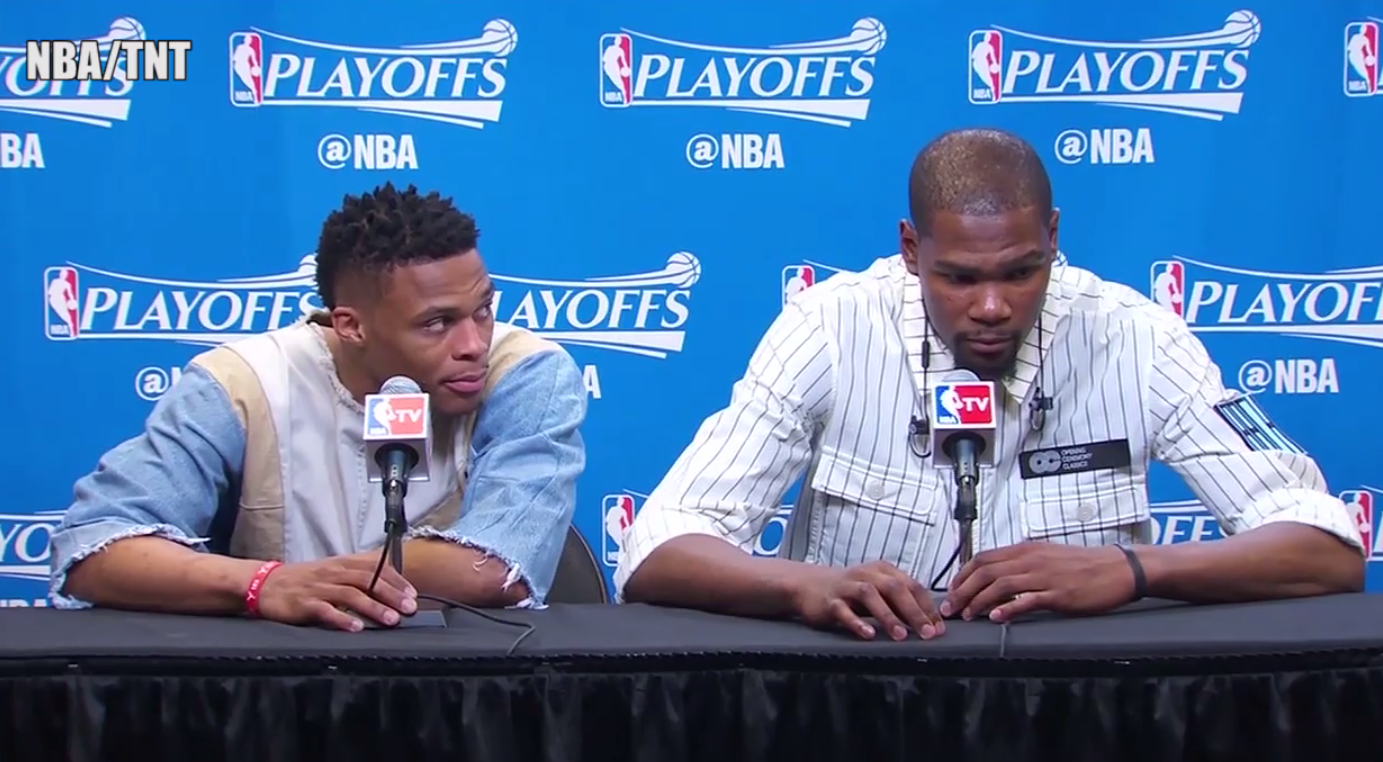 The Spurs completely obliterated the Thunder in Game 1 of their Western Conference Semifinals series on Saturday night. Kevin Durant had 16 points, 8 rebounds and 6 assists but it didn’t mean much, since the game was essentially over after the first quarter. After the demoralizing loss, Durant was asked, “What goes through your mind after a game like that?”

“I’m not telling you,” Durant replied.

Here’s the full video of his response:

Kevin Durant​ refuses to get emotional after the Game 1 blowout loss to the San Antonio Spurs​. #NBAPlayoffshttps://t.co/LfvfqpZqiK