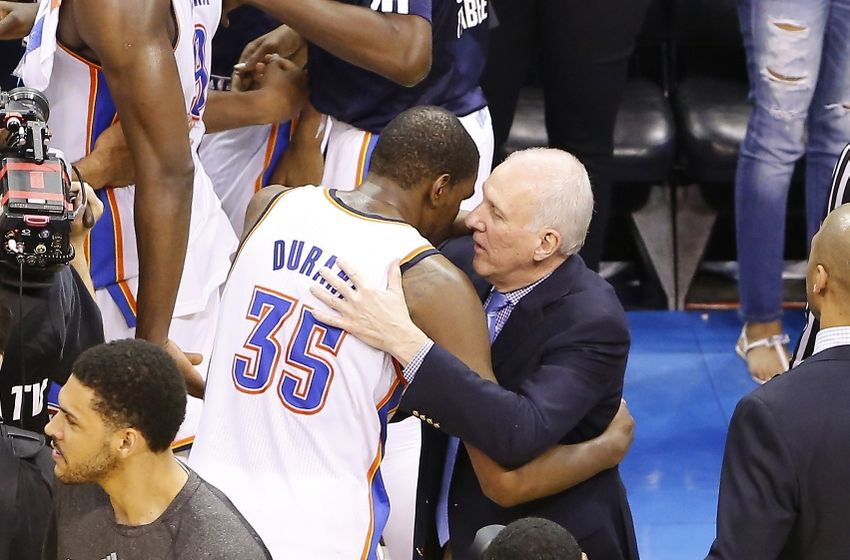 USA Basketball announced on Friday that Spurs head coach Gregg Popovich will be the next head coach for Team USA, succeeding Coach K in 2017. Word has slowly gotten around to the top Team USA players, including Kevin Durant, whose reaction to the news was pretty cool. Check it out below, via Anthony Slater of The Oklahoman:

It’s pretty cool to see one of the best players on the planet have that kind of giddy reaction to hearing about Pop being his new Team USA coach, especially since the Thunder and Spurs are rivals in the Western Conference. And, frankly, we agree with KD’s assessment that “it’ll be tight” to have Pop as the Team USA coach.