Kevin Durant and Russell Westbrook Power OKC Over the Clippers 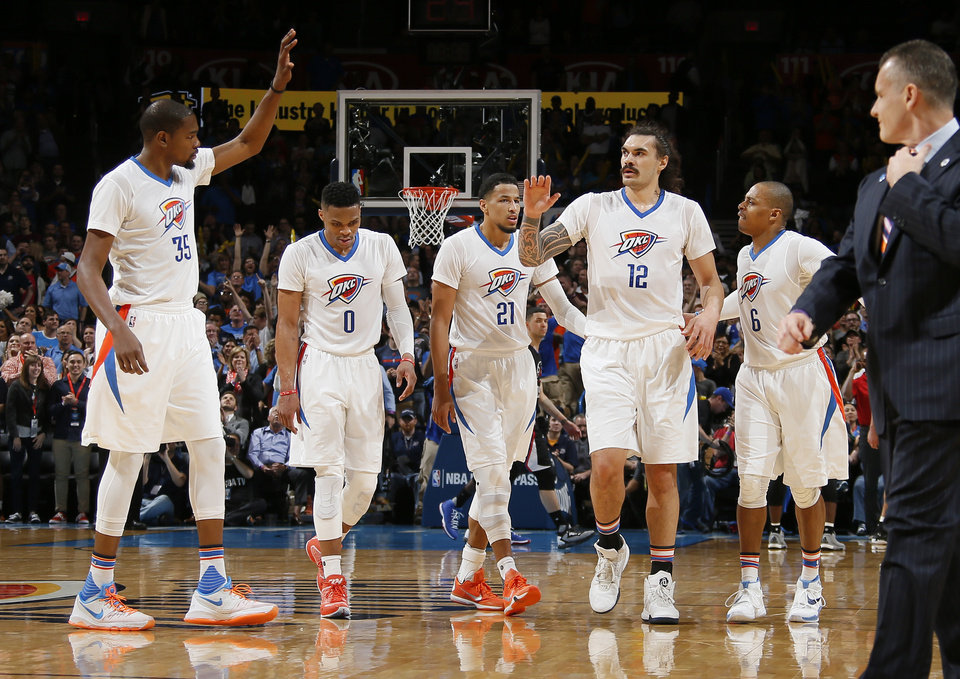 The game was closer than anyone might have anticipated, and it took a clutch putback bucket from Steven Adams to settle matters.

Jamal Crawford and Austin Rivers each poured in 32 points for the Clips.

Kevin Durant scored 31 points, Steven Adams made a go-ahead tip-in with 26.9 seconds left and the Thunder held on to avoid a potentially embarrassing loss, edging the depleted Clippers 119-117 on Thursday night.

Russell Westbrook added 26 points and 11 assists for the Thunder, who lead the Clippers by 5½ games in the race for the No. 3 seed in the NBA’s Western Conference playoffs. The Thunder outrebounded Los Angeles 46-26, offsetting the Clippers’ 16-of-29 outing from 3-point range.

Jamal Crawford and Austin Rivers carried the load offensively, each scoring 32 points and going a combined 12-of-17 from 3-point range. Los Angeles led by as many as nine in the second half but couldn’t hold on, in good part because of the Thunder’s large rebounding advantage.