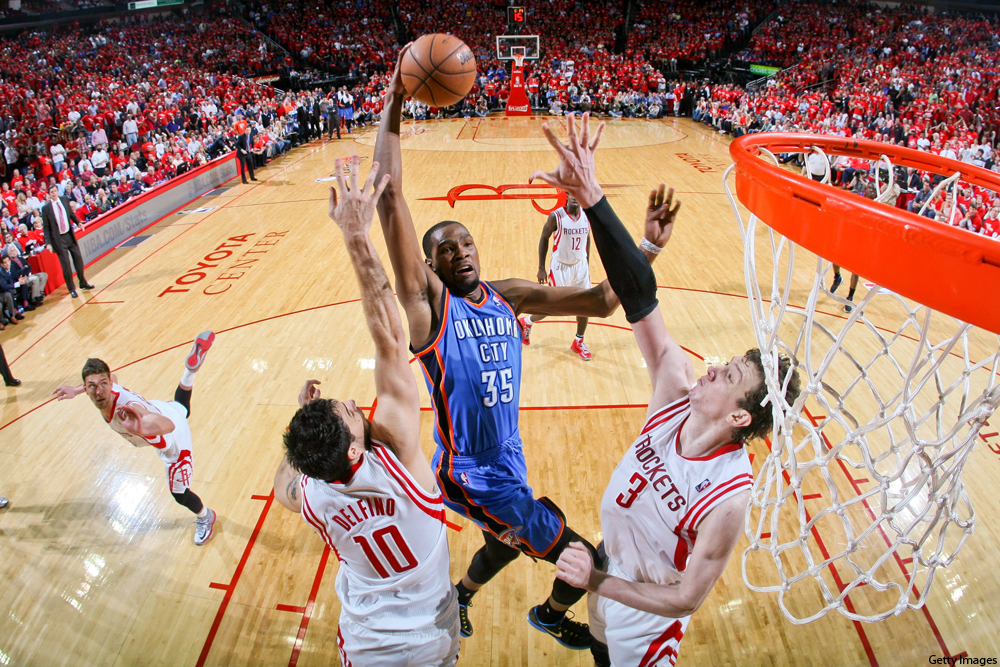 What is it about the Houston Rockets? Why does Kevin Durant hate them so much? After all, KD played his college ball at Texas—take it easy on the Lone Star state, Kevin!

For whatever reason, a big chunk of Durant’s biggest and baddest dunks have come at H-Town’s expense, with everyone from big men Omer Asik and Dwight Howard to former teammate James Harden taking on the full brunt of a punishing tomahawk slam.

To further prove our point, we’ve assembled the Top 10 Baddest dunks vs. the Rockets of KD’s career, all in one place, presented in chronological order below. If you’re a Rockets fan, you should close this window immediately. (Sorry.)

November 2008: The bucket and the foul, for the first of many facials KD has delivered to Houston.

2013 NBA Playoffs, First Round: Kevin Durant had all kinds of fun facing the Rockets int he postseason two seasons ago. He finished the series (a 4-2 Thunder success) with “not one, not two, not three” but four monster highlights to his name. And that was just over the first four games of the series. Poor Houston.

December 2013: KD punches over Terrence Jones, then James Harden. Get out the way, fellas.