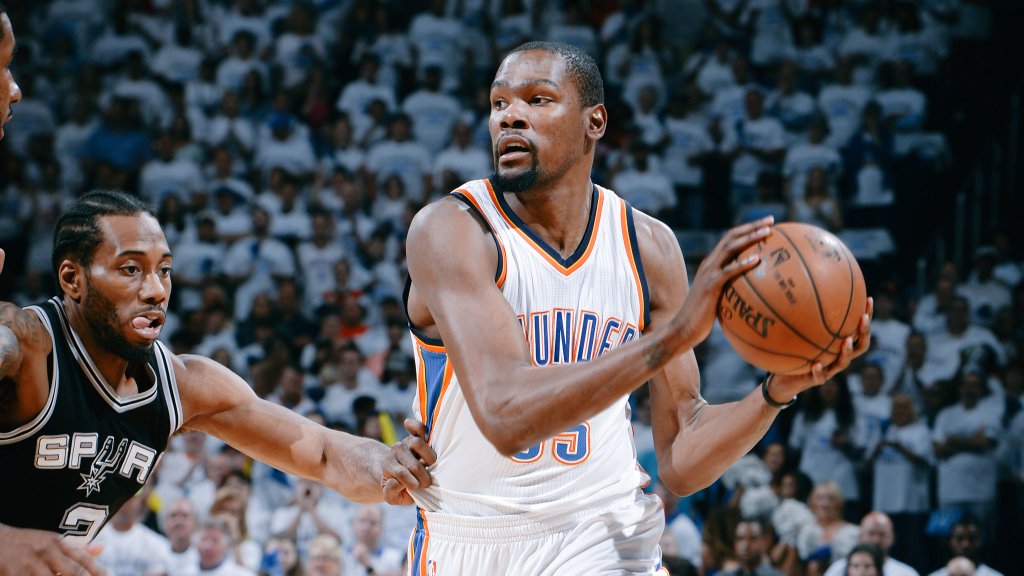 The OKC Thunder were facing a must-win situation Sunday night, and turned to Kevin Durant to save the day: he did just that, dropping 41 points on the San Antonio Spurs, and evened up the second round Playoff series at two games apiece.

SO PROUD of my son @KDTrey5 #TheRealMVP & @NBA @okcthunder Great Game on @NBAonTNT So Blessed. pic.twitter.com/xvtTSG3fcX

KD matched his postseason career-high, and scored 29 of them in the second half.

Durant had 29 points on 10-for-13 shooting in the second half. He scored 17 points in the fourth quarter, one more than the Spurs, and did it on 6-for-6 shooting.

“When you have a deep team, those 40-point nights — they don’t come a lot,” he said. “I’m just trying to be consistent in what I do, and I know in any given moment, I can go off and get a few shots.”

“Durant got away from us,” San Antonio’s Kawhi Leonard said. “Westbrook did a great job getting his teammates involved. But (they) got those offensive rebounds when we’d get him to miss.” […] Tony Parker led San Antonio with 22 points, Leonard had 21, and LaMarcus Aldridge 20.