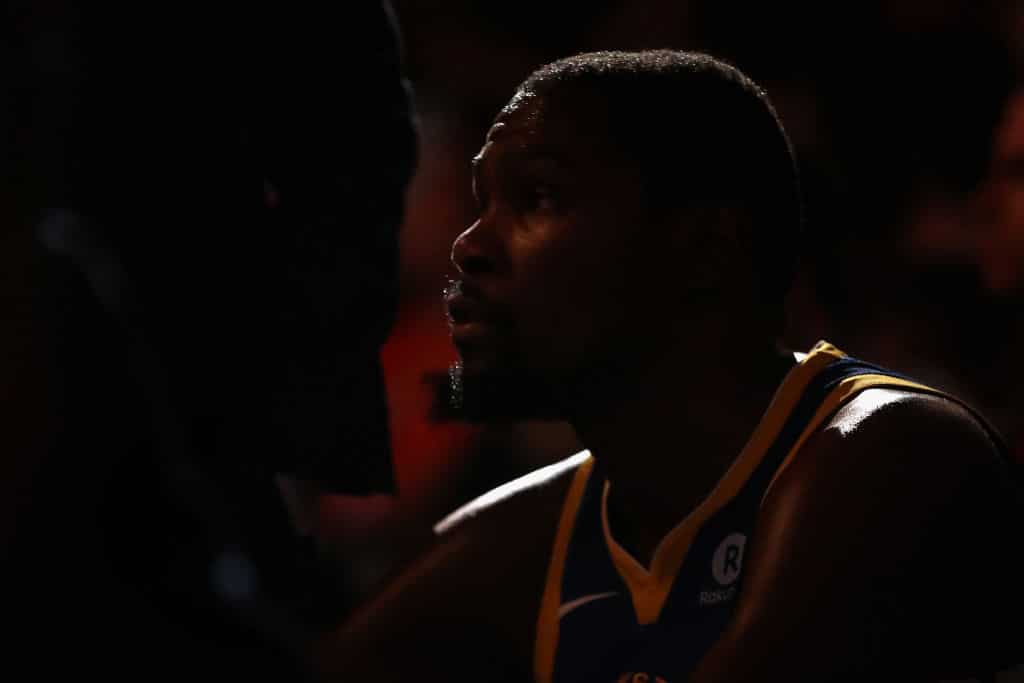 Kevin Durant says the Warriors’ 7-10 finish to the regular season was due to injuries, which had sapped the team’s morale.

Kevin Durant on the injury-riddled 7-10 finish: "I just feel like there was so much movement in our lineups. We let that take a toll on us a bit when we should've just pushed through it…Killed the morale." pic.twitter.com/DNp6D5fuHq

“I just feel like there was so much movement in our lineups,” Durant told reporters Thursday.

“I think that we let that take a toll on us a bit when we should’ve just pushed through it. I felt like it killed the morale a bit towards the end of the year.”

With Stephen Curry sidelined by a knee sprain, KD will have to carry a larger load in the first round of the playoffs against the San Antonio Spurs.

Durant says he remains confident the NBA’s defending champs will up their level of play in the postseason.

On Kevin Durant, who will try to shepherd the Warriors through a first-round series against San Antonio with Stephen Curry sidelined by a strained MCL: https://t.co/6k04EZYlqy

“We’ve got to be way better if we’re going to do what we want to do in the postseason,” Durant said after the Warriors fell to Utah by 40 points in their regular-season finale Tuesday. “I’m confident that we will.”

With injuries forcing head coach Steve Kerr to change his lineups on a near-nightly basis, Durant had a tough time finding a rhythm. It also didn’t help that, with the team already locked into the Western Conference’s No. 2 seed behind Houston, the Warriors lacked motivation. Durant repeatedly tried to set an aggressive tone, only for his teammates to sleepwalk through games.

“We need the competitive spirit,” [Steve] Kerr said. “We need the juice. We need the joy. We haven’t had much of that. So, we got to get right. We have to get our minds right.”