Kevin Garnett Gets a Huge Ovation in Return to Minnesota (VIDEO) 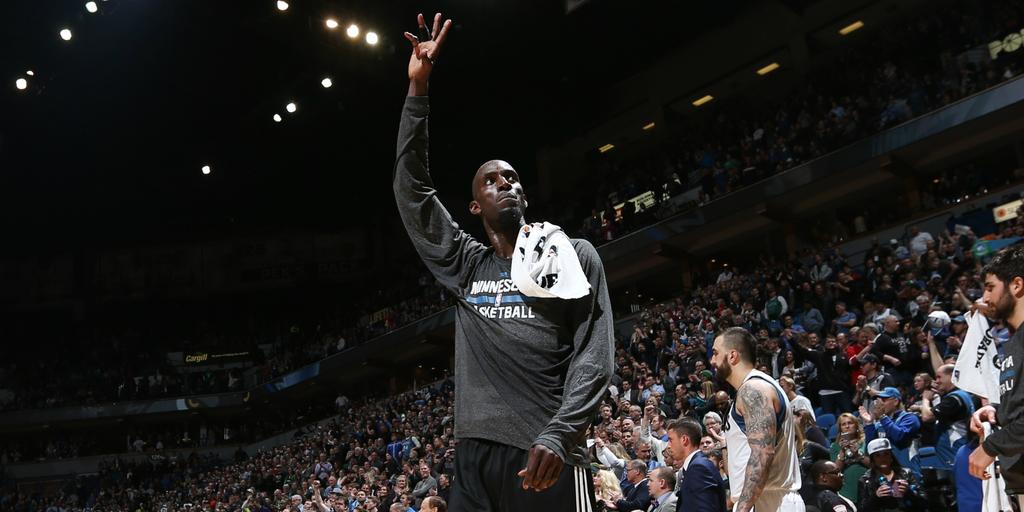 Eight years after leaving in search of an NBA Championship he could never win in Minnesota, Kevin Garnett made his triumphant return Wednesday night, and Timberwolves fans showered him with nothing but love and appreciation.

KG only managed five points and eight rebounds in 18 minutes of action, but his emotional debut inspired the T-Wolves to a 97-77 rout of the visiting Washington Wizards.

Garnett was thrilled to be back where his Hall of Fame career began twenty years ago.

By the time it was over, a young team with a new esteemed leader had wiped out an early 18-3 deficit and won for the fourth time in its last six home games. But this one was different in joyous ways far beyond the season’s best defensive performance and largest margin of victory achieved.

“This is its own thing,” Garnett said afterward. “When I won in Boston, that was a special time. My kids being born was a special time. But this is full circle, coming back experienced. I’ve been back before, and I never paid attention to how much love is here still for me because I’m too busy being focused on the game. Tonight, it was over the top. I didn’t know the city missed me like this. I don’t think you can ever think the city loves you like this but to see it is reality. I’m very appreciative.”

A standing-room-only crowd announced at 19,856 stood throughout the team’s warmups before the opening tip and through scoreboard-video introductions that took 57 seconds to announce the Wolves’ other four starters and nearly two minutes to welcome back the best player who ever wore their uniform. […] “The place tonight was rocking, man,” Garnett said. “I had a little bit of a longer introduction than I would have liked it to be, but I understood.”