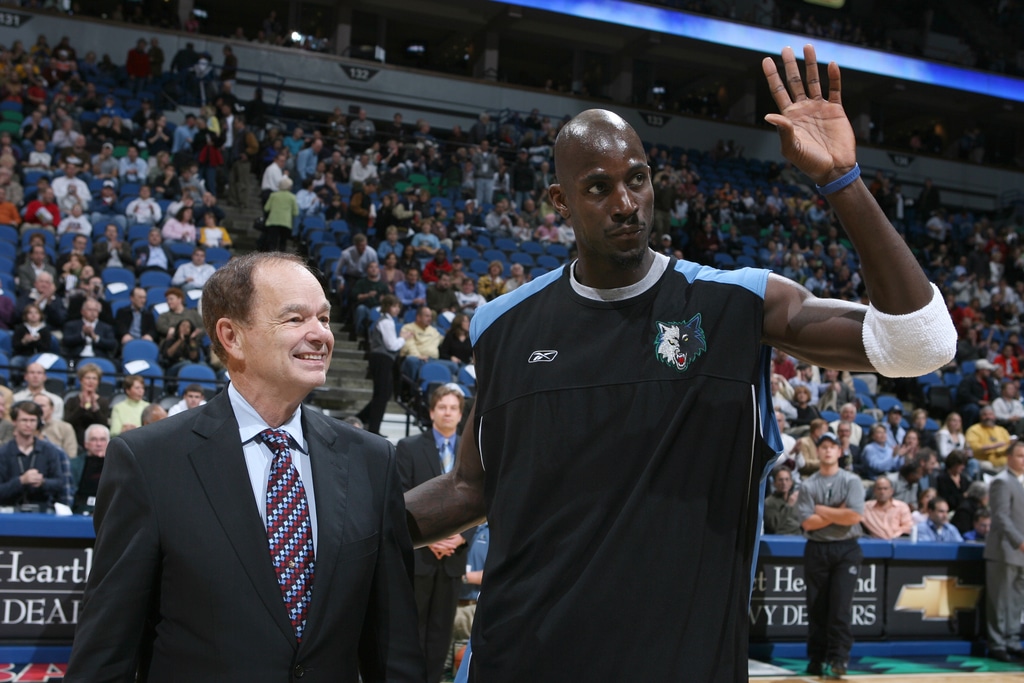 Kevin Garnett says Timberwolves owner Glen Taylor doesn’t know anything about basketball, and is partly to blame for the ongoing Jimmy Butler saga.

Kevin Garnett: not a fan of Glen Taylor 😬 pic.twitter.com/3mdnExc6A8

“He’s dealing with Glen, who doesn’t know s–t about basketball,” Garnett said during a TNT interview Tuesday night. “He know how to make money, but he don’t know anything about basketball. I wouldn’t say that he’s the best basketball mind.”

And Butler has only made things worse with his public criticism of teammates and the front-office in Minnesota, according to Garnett.

KG joins the TNT crew to share his thoughts on Jimmy Butler and the Timberwolves. pic.twitter.com/3hk68QuUSB

KG gives his perspective on how he believes the Jimmy Butler situation will impact the T-Wolves this season pic.twitter.com/djrmuzEoOl

Taylor and the All-Star guard have agreed that the franchise will continue to explore trade options.

“The latest is he is going to be going to practice every day, which he has been, and plans to play in games,” said Taylor. “He will be a regular team player. What I said to him in the meantime is our GM, Scott Layden, will be talking to other teams to see if there is a trade that works.”

Is Taylor committed to trading Butler?

“Yes. I think [Butler has] made it very clear that he would not re-sign with us at the end of the year and therefore it is in our interest to get a trade so that we can get a player or two to replace him that helps our team,” Taylor said.