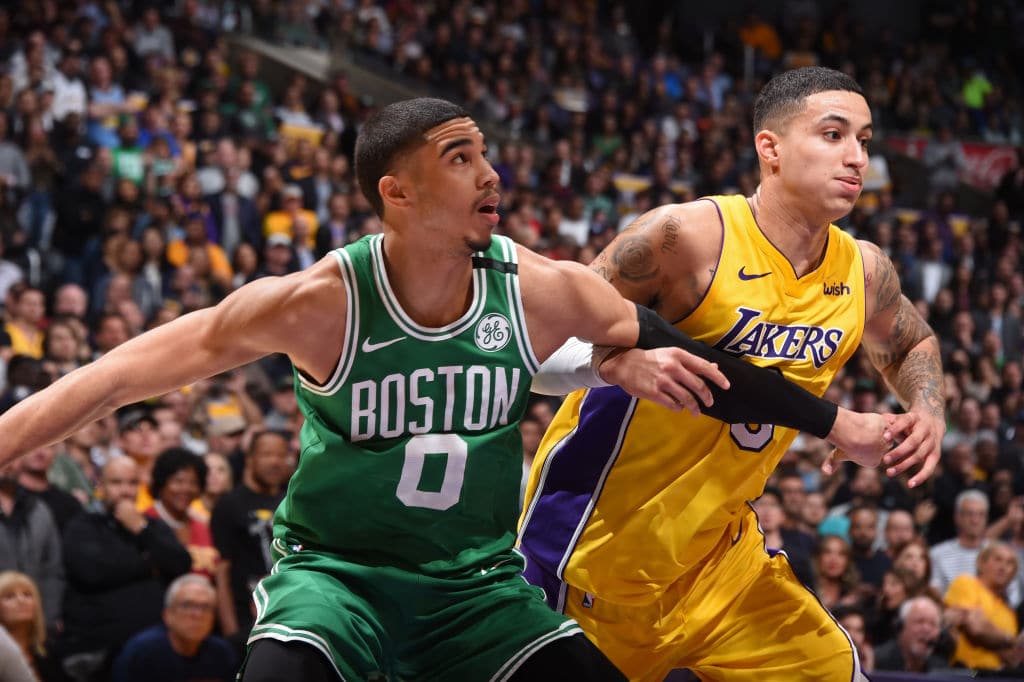 Tatum has idolized Kobe Bryant for years, and recently had the opportunity to work out with The Black Mamba.

“How much does it mean to you” @kobebryant

The Boston Celtics had the good fortune to nab the budding superstar with the third pick.

.@DrewHanlen discussed how @jaytatum0 was so influenced by @kobebryant that it impressed Kobe himself 🙌🙌

At present, it’s hard to argue against Tatum having the brightest future of the three. In fact, even Lakers legend Kobe Bryant appears to think this way.

“It was cool,” [trainer Drew] Hanlen told FOX Sports 1’s Evan Daniels. “We actually showed Kobe it yesterday, and he was like, ‘Why didn’t the Lakers draft him?’ Which was pretty funny after seeing that. Jayson idolized Kobe.”