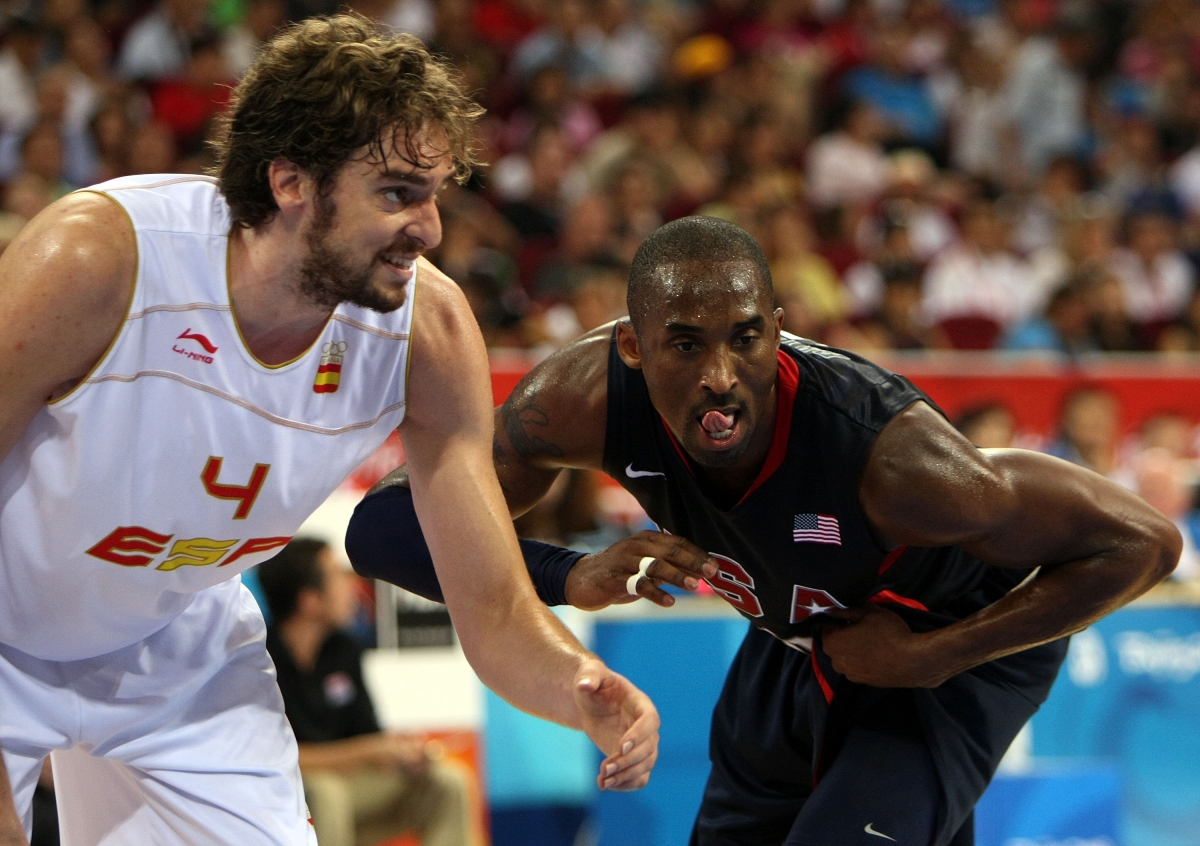 Kobe Bryant and Pau Gasol had a fascinating relationship during their years together in Los Angeles, winning back-to-back NBA titles in 2009 and 2010, with Kobe constantly pushing Pau to improve and reach his full potential.

Bryant, who takes enormous pride in being considered an a-hole by teammates and foes alike, says he hung up his Olympic Gold Medal from the 2008 Beijing Games—during which he famously ran over his Laker teammate in the final tilt between the USA and Spain—in Gasol’s locker in order to push the big fella’s buttons (and it evidently worked.)

It was all love Sunday night for The Black Mamba in his final trip as a player to the Windy City, as Gasol introduced him and and fans showered with applause throughout the Bulls’ 126-115 win.

Kobe & Pau sharing the floor for the last time pic.twitter.com/fTvNgKoaLt

Kobe Bryant made the 15th and final United Center appearance of his 20-year, eventual Hall of Famer career Sunday night, complete with book-ended standing ovations. Even Derrick Rose and Taj Gibson were among those clapping when Bryant checked out with 45.3 seconds left.

Rose and Bryant shared a moment pregame in which Bryant posed for pictures with Rose’s son. The star-struck quality to the night extended beyond fans to players. […] “Like, c’mon now, for a little kid that’s 3, being able to meet Kobe, it’s surreal,” Rose said. “Of course he doesn’t know how big the moment is. But for him to have that in the archives is pretty cool.”

Though the Lakers fell, 126-115, Bryant was nonetheless able to enjoy his final time on the floor with the man he won two championships with in 2009 and 2010. […] “We’re like brothers,” Bryant said. “It’s so strange: We always thought we’d be retiring on the same team and going out together. Unfortunately, that wasn’t the case. But to have him do that at the beginning of the game means so much to me.”