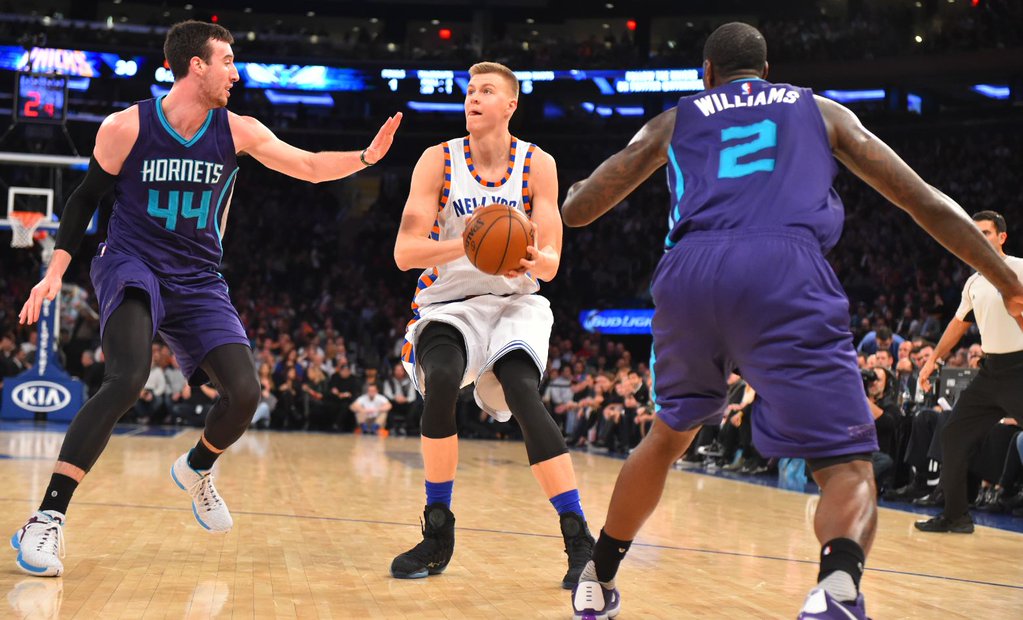 Just a few short months later, the big fella has MSG eating out of the palm of his hand—Porzingis scored a career-high 29 points Tuesday night, leading the Knicks to a 102-94 win against the visiting Charlotte Hornets and former Garden darling Jeremy Lin.

Kristaps says he never bought into the notion that he would take years to develop into an effective NBA player.

The pre-draft projections looked off by a few years, even if Porzingis never doubted he was NBA-ready. […] “Yes I was. Everyone said I was a project, a few years,” Porzingis said. “I will get better in a few years, but I’m ready to play right now.”

He certainly showed it in a performance that was much more than the putback dunks and flashy plays that, up until Tuesday, had highlighted his NBA career. Porzingis, 20, hit 10 of his 17 shots with 11 rebounds, ending the game at the free throw line with a final round of adulation from the fans. […] “M-V-P,” they shouted.

“Sooner or later (I thought they’d be chanting my name),” said Porzingis, who also nailed both his 3-point attempts. “I wasn’t expecting it to be right now.” […] “It is still a learning process for him but it was a big game,” Carmelo Anthony said. “I am sure it is going to be the first of many.”