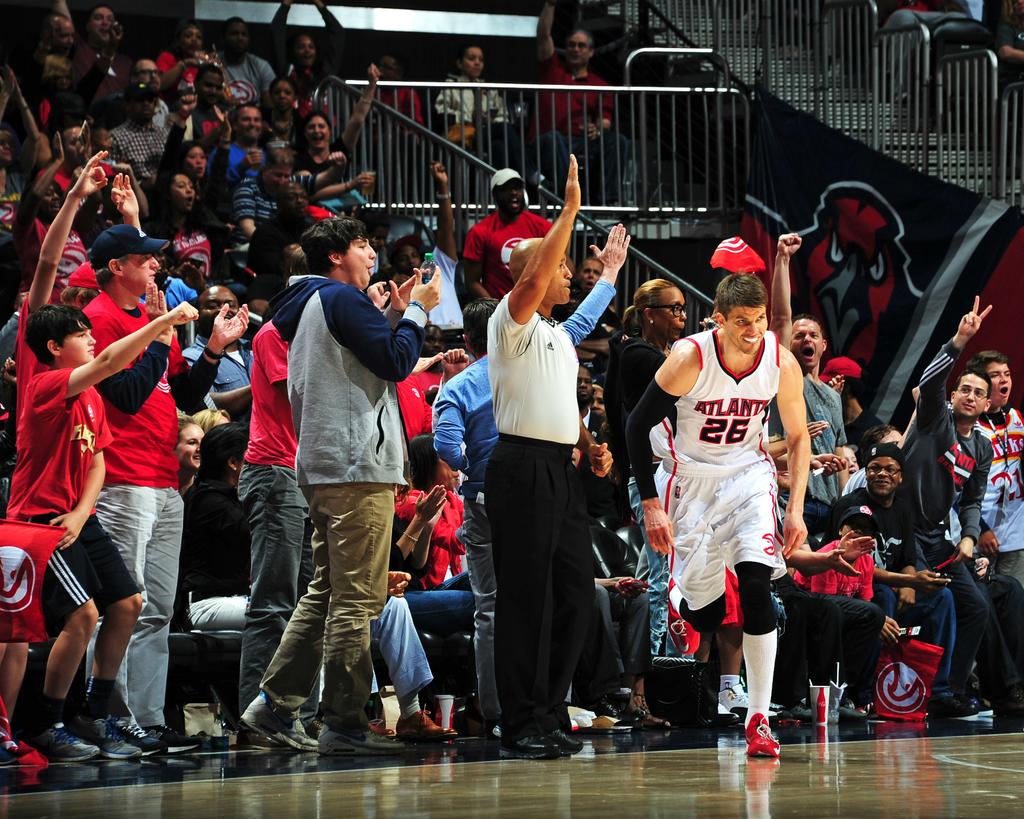 Behind Kyle Korver’s hot hand, the Atlanta Hawks continued their domination of the Brooklyn Nets, taking down the visitors 99-92 in Game 1 of the First Round Playoff series.

Nets only lead was 2-0 to start game. #ATLHawks

Korver connected on five three-pointers, and finished with a game-high 21 points.

The Hawks had a brief injury scare in the fourth quarter, when All-Star forward Al Horford dislocated the pinkie finger on his right hand (he remained in the game and finished with a double-double.)

The top-seeded Hawks swept all four regular-season games against the eighth-seeded Nets. Make it five in a row. […] “We just want to keep it going,” Kyle Korver said of the Hawks’ success over the Nets.

Korver led the Hawks with a game-high 21 points, including five 3-pointers. DeMarre Carroll and Jeff Teague each had 17 points. Dennis Schroder (13) and Al Horford (10) were the other double-digit scorers. […] Teague scored the final six points for the Hawks, including the last four from the free-throw line, after the Nets had closed to within five points, 97-92 with 55 seconds left.

Paul Millsap continued to struggle from the floor in his second game back from an injured right shoulder. He was 2 of 11 from the field for six points. In the last two games he is 4 of 20 from the field. […] “There is no concern about Paul and his shoulder,” head coach Mike Budenholzer said. “He impacts the game so many different ways. I know he probably doesn’t have very many games like that but it happens to everybody. His activity, hands, steals, decision making, rebounding. Unless he is hiding something, I think Paul is fine.”