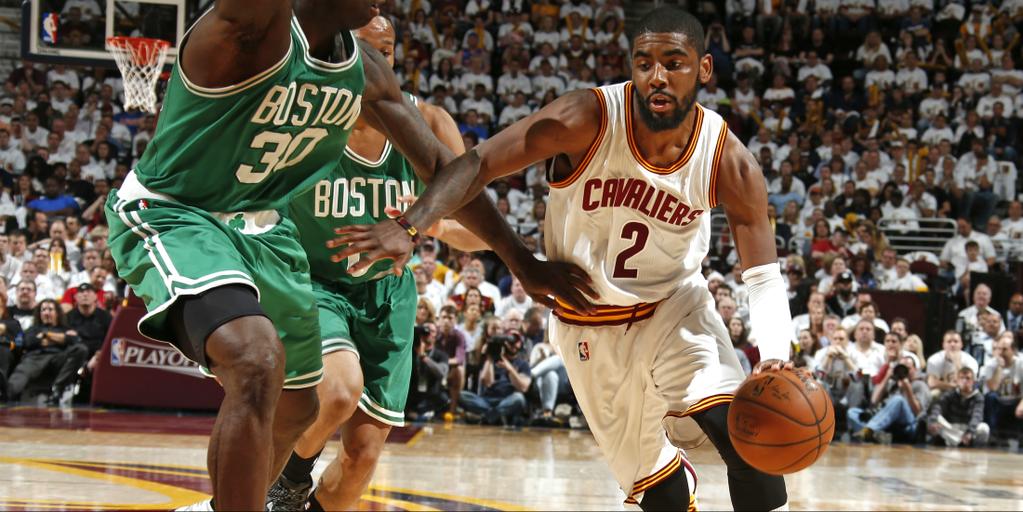 Playing in the first postseason game of his young NBA career, Kyrie Irving exhibited zero stage fright, as he erupted for 30 points and led the Cleveland Cavaliers to a series-opening 113-100 win against the visiting Boston Celtics.

Kevin Love, also making his Playoff debut, shook off a slow start to end up with 19 points, a game-high 12 rebounds and four assists.

LeBron James laid back in the cut mostly against the scrappy Celtics, but still posted 20 points, six rebounds and handed off seven assists.

“We have to set the tone,” Irving said. “It’s an attitude we all share.” […] Irving was spectacular in his postseason debut with a game-high 30 points. He made his first five 3-pointers, including all four of his long-range shots in the first half.

James didn’t dominate against the Celtics — he was 8 of 18 from the field and committed five turnovers — but he’s their floor leader. He’ll take them as far as they are going to go. […] “He’s been locked in the past week or so,” Love said. “Now, it’s at another level. He’s the guy we look to.”