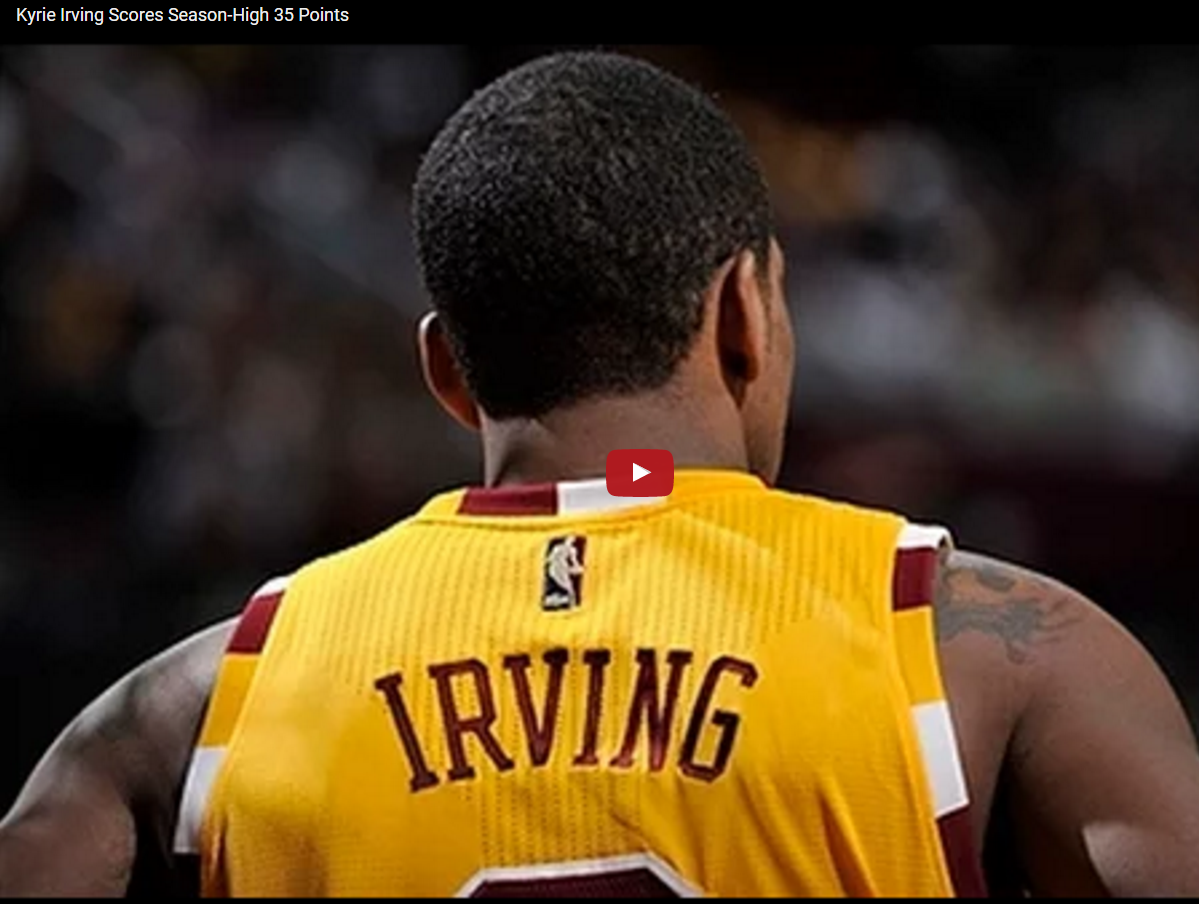 On what was, for all intents and purposes, Kobe Bryant’s night in Cleveland it was Kyrie Irving who ended up stealing the show.

LeBron James moved ahead of Paul Pierce and into 15th place on the NBA’s all-time scoring list, and also got some kicks from The Black Mamba.

When Kyrie Irving was a rookie, Byron Scott handed him the keys to the Cavaliers and told him to drive. He burned out the clutch and banged up the fenders a few times, but Irving kept steering. Every game. If he was healthy, he was starting – and taking the pressure shots in the fourth quarter. […] “To this day, I say he’s probably the most talented point guard I’ve had,” Scott said of Irving. “He didn’t have any weaknesses offensively.”

Scott had Jason Kidd in New Jersey and Chris Paul as a rookie in New Orleans. Both will likely wind up in the Hall of Fame. Scott intimated Irving could wind up there, too. […] “Kyrie, offensively, there was no weaknesses, and I haven’t seen that in a 19-year-old since. And he’s probably the first,” Scott said. “He was more prepared from an offensive standpoint than Chris Paul was his rookie year. Kyrie was just so much more advanced — on the defensive end was a different story — but offensively, he’s just gifted. Very mature, very smart.”

Kobe Bryant and Irving had a memorable exchange during a Team USA camp a few years ago. A bet over a game of one-on-one was made, but that game never transpired. Now Bryant is 37, his knees and his ankles ache and he groans when he stands up. […] “He has a killer mentality,” Bryant said. “He can shoot the long ball. His midrange game is excellent. And he can finish at the rim. He has all the tools there. The way he played tonight, he can do this pretty much every night.”